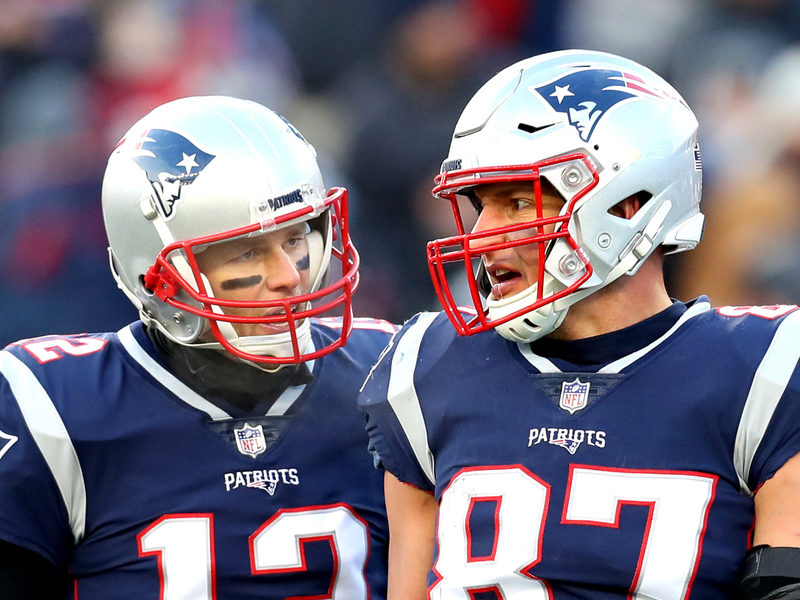 The New England Patriots won Super Bowl LIII on Sunday (February 3), defeating the Los Angeles Rams to win their sixth championship. After the big game, star quarterback Tom Brady and tight end Rob Gronkowski basked in their victory with Eminem as their soundtrack.

Brady posted an Instagram video of himself and Gronk celebrating while Slim Shady’s hit single “Without Me” played in the background. The social media clip also included shots of Patriots cornerback Stephon Gilmore’s pivotal interception and the team’s post-game celebration on the field at Atlanta’s Mercedes-Benz Stadium.

The video concluded with the message “Still here… To be continued,” playing off the ongoing speculation about both players’ future. The 41-year-old Brady and oft-injured Gronk have faced questions about retirement after winning another Super Bowl.

Check out Brady and Gronk’s Eminem-backed mugging for the camera below.