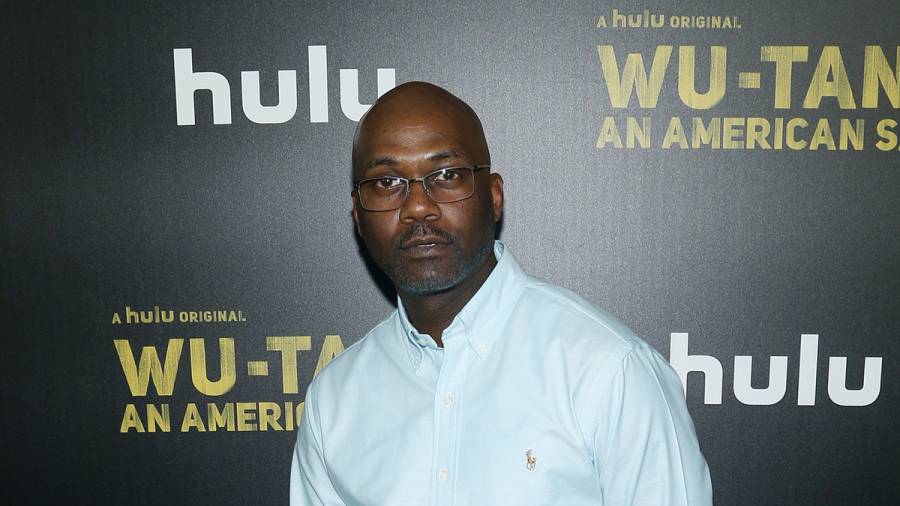 Wu-Tang Clan’s The W album marked a major milestone in the career of Masta Killa. The group’s third studio LP featured his first solo cut, securing some coveted real estate as the lone rapper on “One Blood Under W” featuring Junior Reid.

As The W approaches its 20th anniversary, Masta Killa looks back at his showcase song and believes it could’ve been something much bigger. While speaking to HipHopDX, the veteran MC details why he wished the track would’ve been pushed as a single and how the Clan potentially missed the boat by not doing so.

In the final portion of DX’s conversation with Masta Killa, the Brooklyn native also discusses his next album and his interest in a collaborative project with GZA and Inspectah Deck. Additionally, the multi-platinum selling artist shares his perspective on 2nd Generation Wu and gives a co-sign to Griselda Records.

HipHopDX: In terms of your contributions to The W, I wanna discuss “One Blood Under W” specifically. Were you a big Junior Reid fan prior to that? Was that a significant moment in your career?

Masta Killa: My crew knows when it comes to reggae, that’s my chamber. They all love it, but I do it. I grew it. I’ve lived it. To have the opportunity to work with Junior Reid, I mean I’ve been listening to Junior Reid since the ’80s. So to have him and that song, “One Blood,” is one of his classic songs. To have the opportunity to work with him, to have him doing one of his classic works for Wu-Tang, I loved it. For me, that was like, “Wow! This is really happening.” This is something I always wanted to do.

HipHopDX: Did that track feel more special than anything else you had created up to that point? It was your first solo showcase on a Wu-Tang album.

When you’re not in sync, it’s hard to win when you’re not in sync. For me, personally, I think that was the wave and the way to go. Because right after that, when we didn’t capitalize on making that a highlight single, doing a video, going all out for it and putting the special attention it needed, what happens? Shyne and Puffy come together and get with Barrington Levy. [“Bad Boyz”] became one of Shyne’s biggest songs. They kind of capitalized off what we didn’t do and they grew from it. That was letting me know even stronger that [“One Blood Under W] should’ve been supported more.

HipHopDX: It does make you think how different history might have been had it gotten the push. Because like you said, that was one of the strongest cuts on that album.

HipHopDX: So a few years later when you’re doing your debut album, what’s your dynamic like with the other members? When you’re getting them involved in your album, is there more unity at that point or does it still feel like you’re sailing in those different directions?

It’s difficult as a group because some people might have expectations of how business should be conducted. So their disappointment when it comes to the group, it still affects you because I’m a part of the group, but it’s not personal. A person can just be disappointed towards how business is going and when you live and learn that sometimes there’s no one to point the finger at, there’s no one to blame for your disappointment. Sometimes, things are just not in the cards and sometimes you have to grow to that understanding of learning that.

HipHopDX: Right. When there’s nine of you, it’s always going to be tough to wrangle everybody together and make sure everybody is on the same page. That’s why I liked when Meth, Ghost, and Rae did that Wu Massacre album a few years ago. Is that something that would interest you, doing a project with just a few members of the group?

Masta Killa: I mean, it’s really endless to what we can do as far as combinations of things that can come together, even if it’s two of us or three of us or one solo with features. When it comes to Wu-Tang Clan, it’s endless how we can combine and come together with different techniques of lyrical talent and make great songs. That could be endless, man. If any two of us, three of us get together, it’s always going to be entertaining.

HipHopDX: Absolutely. I know when that album came out, I started picturing a dream scenario of you, GZA and Deck. That lineup would be lyrical fireworks.

Masta Killa: You know, it’s so crazy that you said that because I’ve been saying that to GZA and Deck for years. For years, I was saying that. I said, “Yo, we need to just get together and let’s do an album together.” Everyone is always working and doing what they do. For that to come together and manifest itself, it just has to organically happen. What makes it beautiful is when the next party also sees it that way and wants that to happen.

Now if I call any one of them for a verse to come jump on this, it’s never been a problem. Never. A call right now is never a problem. But to now say we have to do this project, they hear me, they’re not telling me no, but we’re not getting it done. [Laughs] I would’ve loved and I still would love to do a project like that.

HipHopDX: Man, I would love to see it happen. Maybe just putting it out in the world can build some momentum. [Laughs]

HipHopDX: Touching on that organic nature within Wu-Tang, something recent that’s developed that’s been nice to see is this 2nd Generation Wu movement with Meth, Ghostface, U-God and ODB’s sons picking up the torch so to speak. What’s it like seeing them take on the Wu mantle?

Masta Killa: I’m a proud uncle. I’m very proud of my nephews. They’re doing what they actually should be doing. Michael Jordan can have a son, but if he doesn’t perfect his skill to play ball as his father did, then we’ll just know him as Michael Jordan’s son. But if you’re ever going to use that platform and you see it as, “I’m the next wave to do this,” then we would all appreciate seeing Michael Jordan’s son on the court.

You’re going to watch just to see what he does. That’s one thing that Jordan could never do for him, which is to do it for him. My son, their sons, my nephews, to see them catch on to that and understand that hard work and dedication is where it’s at, no matter who your father is, I commend them for that.

HipHopDX: Even outside of the Wu-Tang tree, I look at Griselda Records right now and see the Wu-Tang blueprint being used. Just the concept of signing with a major label as a group but still dropping independent projects as solo artists reminds me of RZA’s five-year plan. Is that cool to see other rappers using the model y’all built?

Masta Killa: They’re supposed to! They would be wise to use it. Anything that’s positive and that can help you better your situation, your outcome, your lifestyle and it’s positive, “Hey, take a page out the book, man. Use it.” That’s what information is for. It should be passed down and used to help the next generation do it a little better and a little smoother than what we had to do it. I love it.

HipHopDX: Indeed. Now in terms of solo work, we last heard from you on 2017’s Loyalty Is Royalty. I’m curious if you’ve been cooking up anything in the studio of late.

Everything’s kind of like on a slow-down because I wanted to have my videos and everything shot and done before releasing anything from the project. The way the world is right now, it kind of stagnated me a little because when it comes to shooting the videos now, social gatherings aren’t happening. There’s a little stagnation when it comes to completing the project from that aspect of it. But yes, brother. I mean I love this. I’m going to always do it and you will definitely hear something from me in the very near future. 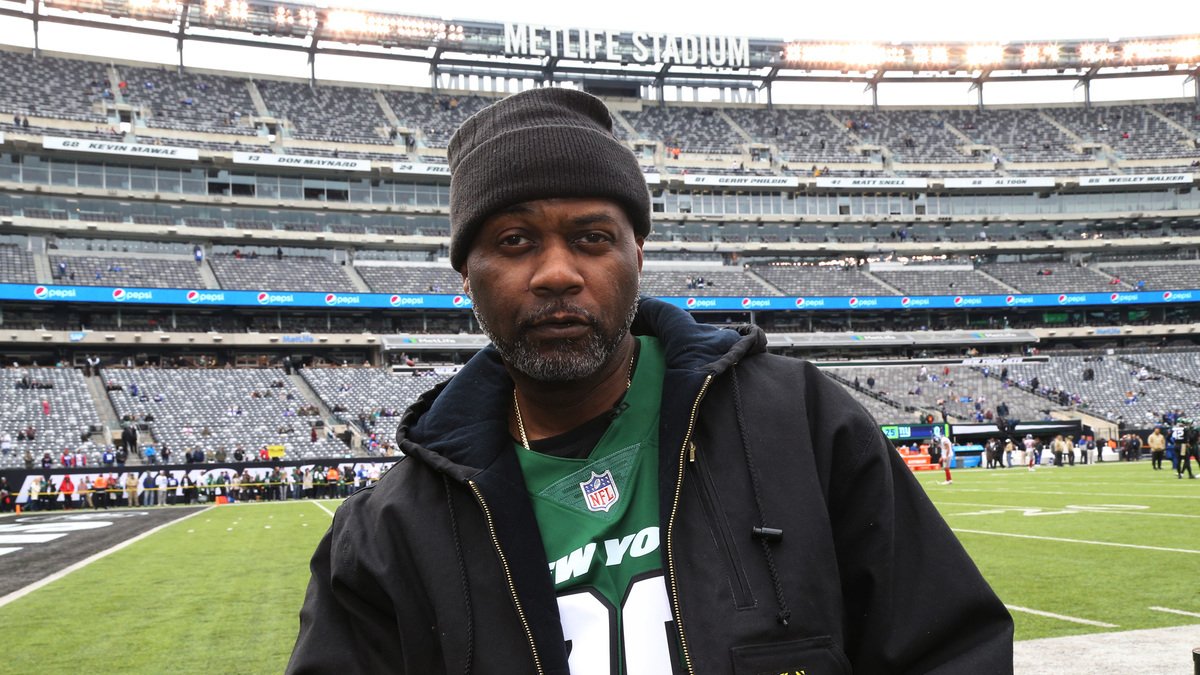 HipHopDX: That’s great to hear. In terms of the project, is it something you’re still targeting for this year? Or are things on hold and you’ve gotta wait to see how this plays out in terms of the pandemic?

Ultimately, making it the best that I can make it for the people that I know that’s listening before I release it. In terms of my hopes, I definitely wanted to have it out this year, no question. I’m kind of behind schedule already, but it’s because of shooting the videos. But absolutely, as soon as it’s completed — and hopefully that is this year — I definitely would like to let it go because I think the world needs it now.

Check out the first half of DX’s interview with Masta Killa here.