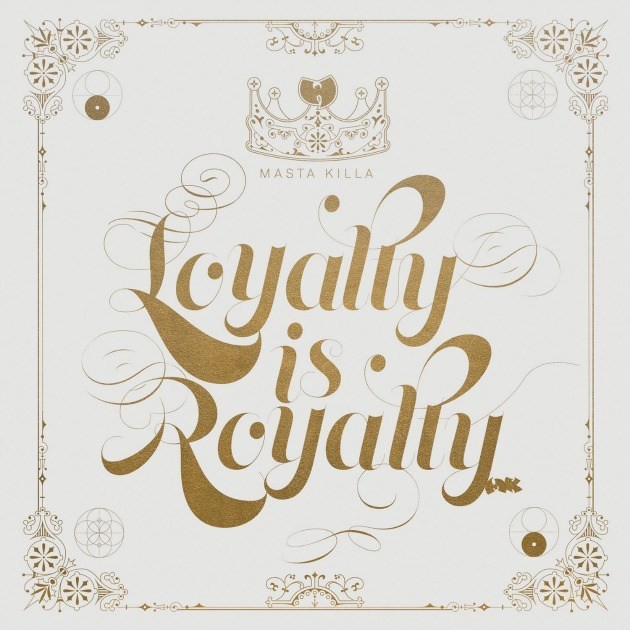 In calculating their eight released group albums, countless collaboration and solo projects, fans will forever hold the debate of which Wu member preserves the legendary crew’s brand the most in their discographies. The ebb and flow in quality among the Shaolin crew’s 10 members (which includes Cappadonna) is unquestionable.

Masta Killa may have the least amount of Wu solo efforts within the crew but is among Wu-Tang’s most underrated in crafting albums with high replay value.

On his long-awaited fourth solo album Loyalty Is Royalty, Masta Killa epitomizes the phrase “less is more.” The album’s 16 tracks don’t categorically align with this notion. The small production team of veterans 9th Wonder, Dame Grease, PF Cuttin, and Masta Killa himself is evident of a formula to stay within his comfort zone to uphold his own unique skill set.

Since his critically slept-on solo debut No Said Date back in 2004, and Made In Brooklyn in 2006, MK has taken time to make it worth the wait (he initially announced this album back in 2012 when he released Selling My Soul) for each album’s arrival with stellar collaborations with his Wu bredren and other artists that aren’t based on artist popularity, but that synergize with his laconic, witty and unpredictable lyricism with the mystique of a stoic samurai.

From the album’s opening intro, it harkens back to the Asian woodwind motifs similar to the overture of Raekwon’s Only Built 4 Cuban Linx… The first official track, “Return of theeMasta Kill,” boasts punchy drums with a ricochet off the walls with sparse melodic violin strokes to set the tone as Masta Killa, Young Dudas, and Cappadonna take turns throwing darts to the upbeat swing. The title track (complete with “doo-hop” singers R.I.F.) and the Mad Cobra-sampled “Flex With Me” expose MK in rare form as a balladeer musing about a love affair. But his monotonous vocal delivery doesn’t sound as romantic as the song’s intent. The third track “Therapy” is the album’s runaway banger with Method Man and Redman going in hard over a thunderous, subwoofer-rattling bassline and piano stabs over an impressive sample of quiet storm R&B icon Sade’s alto scat from her 1985 song, “Mr. Wrong.”

“OGs Told Me” featuring Boy Backs and Moe Roc proves MK’s allegiance to Wu-Tang forever, but the whispery chorus sounds somewhat cringe-worthy. The High Chief’s noir about drugs, love, and jail on “Trouble” expounds on the album’s theme of loyalty put to the test. The album peaks on its lead single with the late Sean Price’s standout verse on “Down With Me” and Masta Killa’s nimble wordplay showing love to mixtape DJ and prominent Hip Hop radio personalities across the U.S. and world over 9th Wonder’s instrumental.

After 25 years since their emergence, tropes of competition within Wu-Tang’s ranks are futile because each member’s charisma, rhyme style, and production choices vary in the eyes of the consumer. He may not be the most animated in the Wu, but he arguably holds a place near the first spot if you want to rank the Wu champions of solo album consistency.