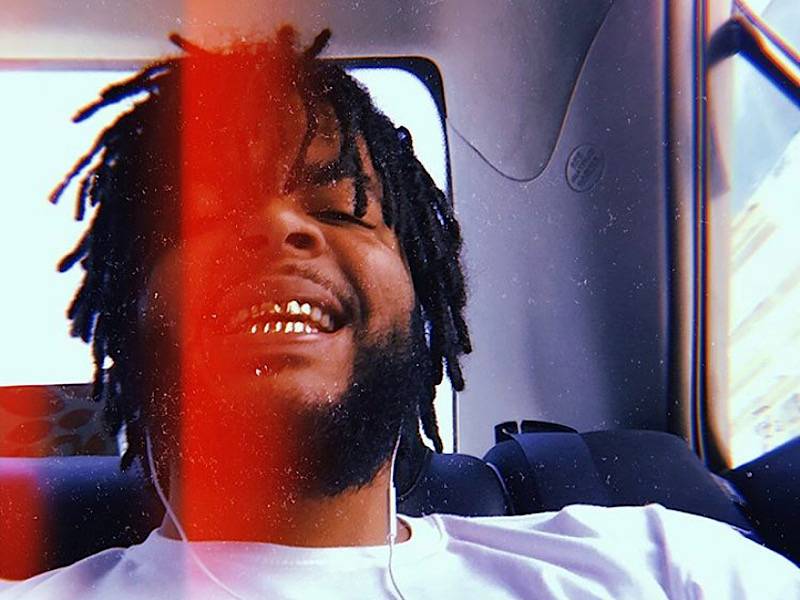 Buffalo, NY – One of the more intriguing things about the iceberg that is Griselda’s journey — which has culminated in a rather quick ascent over the past two years — is the stories that lay just beneath the surface.

One such timeline is producer Camoflauge Monk who has been part of the circle since the brand’s inception, having been present during the now infamous sessions that produced Westside Gunn’s breakout, Hitler Wears Hermès 2.

“I’ve been with West since day zero, before it was Griselda,” Camo tells HipHopDX. Much like Keisha Plum, he knew the Griselda mastermind from their hometown of Buffalo and later connected after relocating to Atlanta.

“I knew West for doing shit back home … selling in front of my mom‘s crib, getting money and all that,” he says, reiterating that West had money before rap. “It was fucking dope for me to hear somebody who I looked up to on some street shit was rapping; that shit was all I needed in terms of motivation.”

When it came to the creation of the second Hitler project, he notes the ambiance that was created during the recording process helped put the mixtape into the right hands.

“When I moved to Atlanta, I told him, ‘Man, let’s link. We both on that Buffalo shit,’” he says. “The first day I linked with him, he had me backstage somewhere in Atlanta … we were always backstage, everywhere we went — meeting with any and everybody.”

He notes that West had the kind of connections that people may never have put together. Recording in Atlanta’s Twelve Studios, in which Maybach Music Group opened an office in February of 2015, Camo describes the studio as always having notable clientele. As he explains, their strength became leveraging who they knew.

“I know at one point while we recorded Hitler, to in the next room they were scoring Taken — that movie with Chris Brown and T.I.,” he explains, describing Twelve’s atmosphere at the time. “Every time we went to the studio, I always told West like, ‘Yo, make sure you invite people who got some position of power or influence, whether it be rappers or directors.

“They don’t know what type of music they around, but all their homies are there, so they just there to kick it. They don’t care.”

Those relationships blossomed, and the rest was history. “When it came time to drop Hitler, all the celebrities already fucked with us, so it was nothing to get shares and shit on the internet.”

After they got the ball rolling, Camo found himself involved with subsequent installments, as well as West’s holy grail, Flygod. He credits this early period with not only growth professionally — describing making hundreds of beats alongside Daringer — but also the development of his business acumen.

Aside from the Griselda squad, Camo built himself a deep discography producing for a who’s who on the underground scene that was beginning to emerge amid the newfound spotlight — from The God Fahim and Mach-Hommy to Ankhlejohn and Hus Kingpin.

He also was able to wrap his mind around the burgeoning vinyl resurgence.

Though he does have distribution in Austria that handles larger runs, he manages to handle smaller and rarer runs himself — feeding collectors for a handsome fee.

“After we did what we did with the Hitler shit, I knew I was going to do this shit my damn self,” he says. “I started pressing my own vinyl — cutting and pressing our own shit. Just certain rare shit.” He uses his social media to alert his hardest-core fans who then buy the rare drops, cranking up the FOMO that drives the sales of his other more significant drops.

Growing along with the scene, one of the more endearing things that comes across is the confidence he describes having in what he and those around him were creating. “It’s crazy … I could count on my hand how many times Wes was ready to quit cause no bloggers were fucking with him,“ he says, describing the challenge they had figuring out how to break the glass ceiling that once existed for their brand of Hip Hop.

“There’s no blueprint, nobody to say ‘I did this before you so you can do it like this and just apply this to your situation,’” he says of Buffalo. He does acknowledge Rick James but also points out how far removed his success is from today’s landscape. “We’re creating that blueprint for everyone right now.”

Having already released two projects so far this year — The Slump 2 with Pro Zay and Magician’s Mistress with Aela Hopeful Monster— and admitted involvement with Westside Gunn’s upcoming Pray For Paris LP, he’s quick to state that 2020 is poised to be the year that he reaches his apex.

“My biggest moves are going to happen this year. I’m ready to go to the next level,”
he says. “This is the year that I flourish for real. All the bullshit, all the sweet shit … It’s going to make it all worth it.”

In discussing some of the personal hurdles he overcame after dedicating himself fully into music, he reveals that there have been some major sacrifices made along the way.

As the interview draws to a close, it becomes clear what makes conversation with the producer so engaging — his humbleness. Though he’s put himself and his family in a better position, he also admittedly forgets how big his name has become in some circles.

“I’m thankful that my music is in places that I never even been in my life. You know, people really care about the music —- people that I’ve never seen before in my life.”

He adds that he has plans to follow that international love and plant more seeds overseas.

“I’m just happy to be working now. I’m happy to be doing what the fuck I love and ain’t gotta be struggling … there have been bumps in the road here and there, but you figure it out,” he says. “You get over that shit, or you let that shit destroy you. I owe this shit to my kids.”