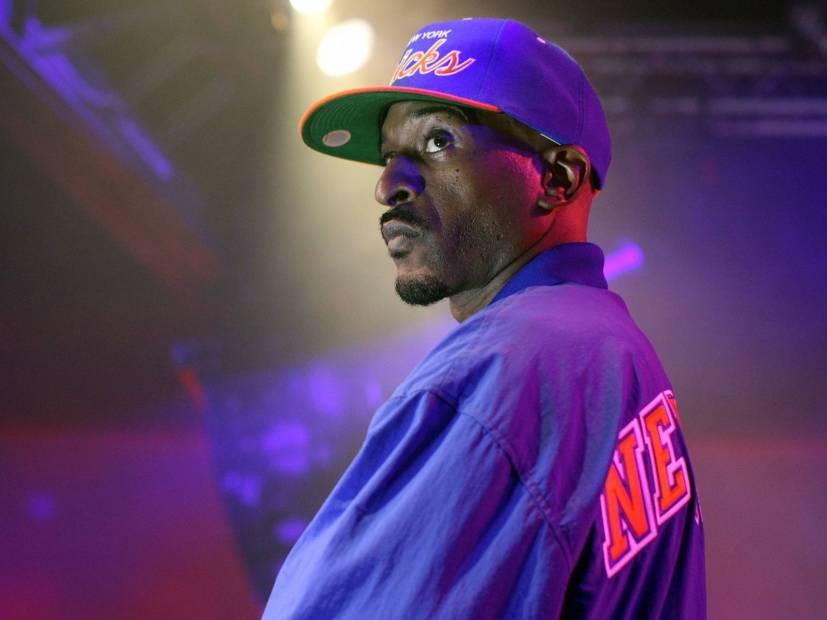 It’s a rare evening when two Hip Hop gods chop it up in front of an audience, allowing outsiders a sneak peek into the minds of two pioneering, creative geniuses.

But that’s exactly what happened at SITE Santa Fe in New Mexico last Thursday (March 5) when Chuck D and Rakim sat down to discuss the God MC’s memoir, Sweat The Technique.

Naturally, the conversation morphed into a Hip Hop history lesson as the Public Enemy frontman and his fellow Strong Islander looked back on the Golden Era.

The mutual respect between Chuck and Rakim was immediately evident as they opened up about how Public Enemy pushed Eric B. & Rakim to be better in the early days and vice versa.

Chuck, an avid sports fan, brought up Rakim’s stint as a star high school quarterback at one point. Rakim revealed he really thought he was going to play for the National Football League one day — and then Eric B. knocked on his door.

“I used to go hard with working out for quarterback to reach the next level,” he explained. “I remember before the season started, like two or three weeks out, I would start running to the high school. You want everybody to see you running down the street, you feel important, like, ‘There goes Ra getting ready for the season.’ I remember getting my little workout on. I remember coming home and Pops would be in the kitchen. I’d be like, ‘Ah, I was just working out Dad.’ He’d say, ‘Did you run backwards?’ 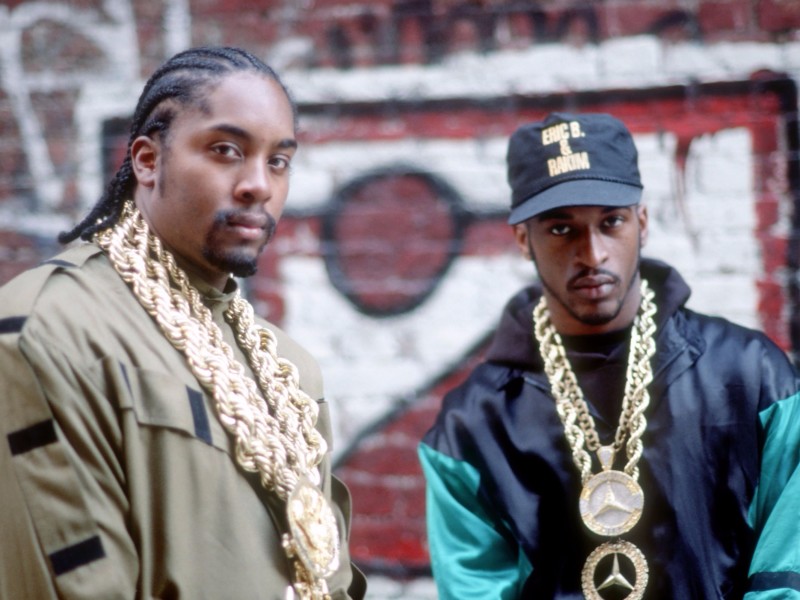 Eric B. & Rakim Name Their Top 5 Hip Hop Songs Ever

Although Rakim’s high school football career blossomed, his NFL dreams simply weren’t meant to be. As he confessed, he knew he was too small in stature.

“Just trying to throw further, run faster, be better was my thing, but things happen for a reason,” he said. “Quarterbacks are 6’7, 280 pounds. I’m glad Eric B. knocked on the door, because I’m only 5’8, buck-forty on a good day.

“Things happen for a reason. I was in love with football, just like I love music. I really thought I was going to be in NFL one day, but I wasn’t quite big enough. Eric B. knocked on the door and some better things happened.”

Of course, Rakim went on to be one of the most celebrated MCs in Hip Hop.

Elsewhere in the conversation, Chuck noted Rakim’s innovative rhyme style and admitted he was “half-heated, half-inspired” when he heard “I Know You Got Soul” from the 1987 classic Paid In Full.

“‘I Know You Got Soul’ came out and I stared at the DJ, and the DJ played it nine times in a row that night,” Chuck recalled. “We both had the same management company at the time, so our first album was kind of dated. Back then, you had to record on the moment. Like I said, this man changed his styles so I was like, ‘Man, we can’t bring no ’86 style to work in ’87.’

“Then March came and it was ‘I Know You Got Soul’ and I said, ‘That’s just the greatest shit of all fucking time’ and I was half-heated [laughs], half-inspired and I locked myself in the crib for two days. Matter of fact, Hank Shocklee came to my house and said, ‘Yo, take a break. Wanna play some ball?’ and I slammed the door in his face”

Rakim replied with a chuckle, “That’s what I’m talking about. That’s that like, ‘Yo I gotta get in the studio. I gotta make a hit.’ That’s just wanting to have a dope record, especially after you hear one of they joints, man. It was just good to be in that era. When we all seen each other, it was nothing but love.

“But when we got in the studio, we [got to work]. It’s a blessing coming up in that era. At that time, Hip Hop was growing and maturing and we was able to get it at that time and shape it into what we call Hip Hop.”

Sweat The Technique: Revelations on Creativity from the Lyrical Genius arrived via Harper Collins last September. Cop it here.

Check back next week for Part II of the conversation.