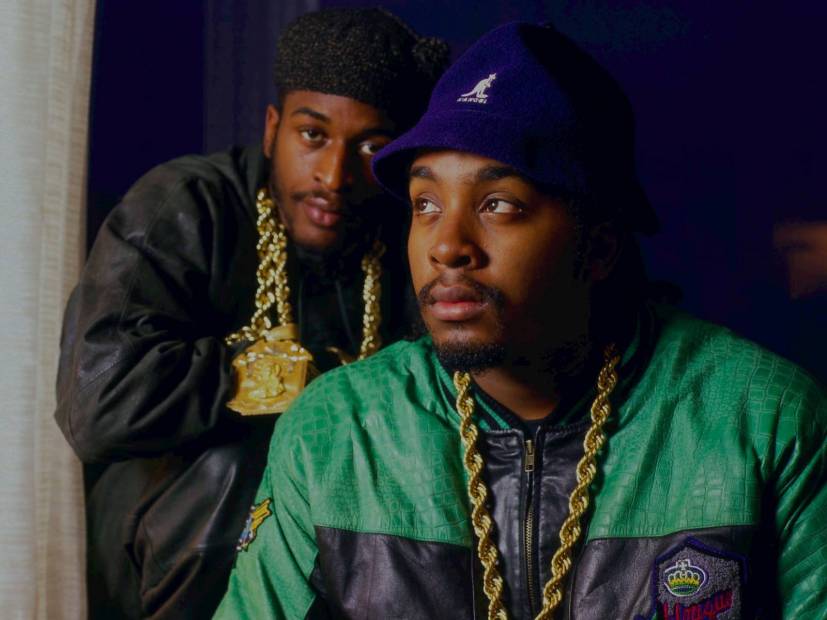 The masterminds behind the Follow The Leader jazz album have joined forces with Fat Beats for a “Microphone Fiend” remix.

The track, which originally appeared on Eric B. & Rakim’s Follow The Leader album in 1988, was reimagined for the Follow The Leader jazz project spearheaded by producers Jonathan Hay, Benny Reid and Mike Smith earlier this year.

Now, that song has been chopped up and rearranged again by Hay and Reid (featuring Sarah Rush from London) for a special Fat Beats exclusive, executive produced by Rakim, Eric B. and Matthew Kemp.

“The trajectory of this project is the ultimate blessing,” Rakim tells HipHopDX. “It’s tapping into a divine consciousness and showing how the universe continues to spin full circle. Eric and I were always heavy in our influence from the jazz genre. Then three decades in, we are influencing a jazz album, then that album is coming back around to influence Hip Hop production greats like Whoo Kid and hopefully a lot more.

“We used to dig through the crates at record stores to pull vinyl instrumentals and sample them for our tracks and now Follow The Leader is on vinyl for another generation to expand on with next level music. It’s breaking new barriers, which is the core of Hip Hop culture.”

In a September interview with Billboard, Rakim noted jazz luminary John Coltrane was the inspiration behind his flow, which he first discussed during an episode of the Netflix series Hip Hop Evolution.

“When I sat down to write, it was Coltrane that guided my flow,” he said. “Hearing him bend bars and add techniques to his tracks that seemed impossible to play in a physical realm. That’s what I wanted my voice to sound like and that’s the inspiration I took into the booth.

“I always view my voice as an instrument. I choose the content of my words carefully to convey the message and story I want to get across, but I also pay attention to how the syllables, intonation and emphasis are an accompanying rhythm with the music I’m flowing over. How the words fill the spaces on the melodies and how you can push the boundaries a little … that all comes from studying jazz.”

The Follow The Leader jazz project debuted at No. 1 on the Billboard Jazz chart upon its release and is being considered for a Grammy Award, according to a press release. The vinyl, cassettes and CDs are available for worldwide pre-order from Fat Beats beginning December 13.

Check out the “Microphone Fiend (Quad Remix)” above and find the Follow The Leader jazz album here.