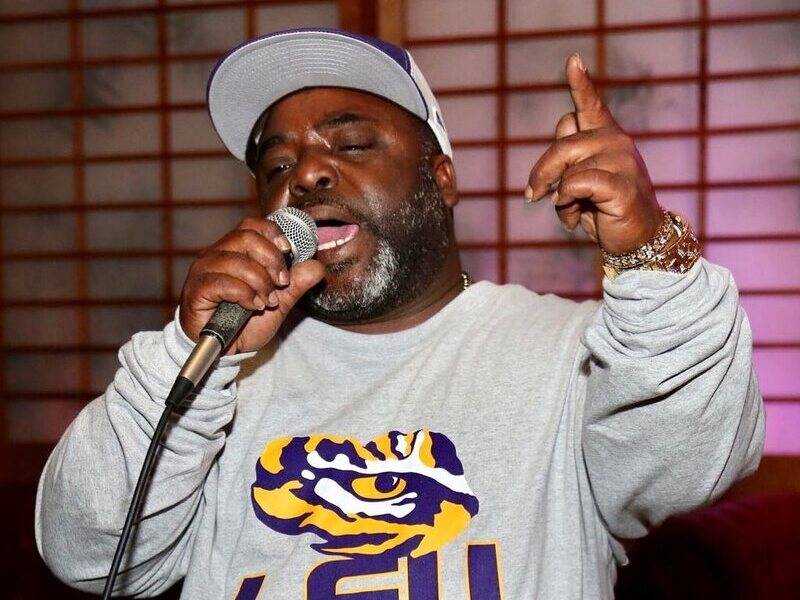 Lil Elt knew “Get The Gat” was destined for greatness, but it took almost 30 years to reach the heights he imagined.

After releasing the bounce song in 1992, a then-teenage Lil Elt saw his single become a local hit in New Orleans. But dysfunction at his label led to “Get The Gat” getting shelved, preventing it from truly expanding beyond Louisiana.

But all that changed when entertainer Shawn Taylor, better known as Subtweet Shawn, launched the #GetTheGatChallenge last year. Taylor’s friends on the LSU football team got involved in late 2019 and “Get The Gat” became a hit again — this time on social media.

The LSU Tigers always commands plenty of attention in the college football world, but the team was dealing with extra recognition thanks to their undefeated season. After winning the national championship in January, the team’s triumph led to more awareness of “Get The Gat” and their locker room dancing. LSU’s title win even brought the #GetTheGatChallenge to The White House of all places.

With “Get The Gat” finding new life as a viral sensation, HipHopDX caught up with Lil Elt to talk about his single blowing up decades later. The New Orleans Hip Hop veteran opens up about the track’s success, why it got shelved years ago and much more.

HipHopDX: To start, I want to take it back to before this renaissance of your song. Tell me what it was like when “Get The Gat” first dropped. What was the early reception to the song and when did you realize that it was a local hit?

Lil Elt: We’re talking back in the beginning, like in ’92, right?

Lil Elt: Aw shit. I knew it was a hit when we had to really do something to put it out there because every DJ in the city was at the clubs selling it on the side. When somebody wanted it, they would record it right quick on the cassette and they were selling that all over the city for $10. So, it was urgent for us to hurry up and go ahead and drop the “Get The Gat” song. That’s when I hurried up and took it right to my partner’s home, actually my DJ’s living room.

HipHopDX: When you were making this song, did you realize it was something special as soon as you recorded it? Or was it just another song and you had no idea it was going to take off as it did?

Lil Elt: I was just doing a comparison to [MC T.T. Tucker & DJ Irv’s] “Where Dey At?” that was going on in New Orleans, so that’s what made me change and just say “get the gat.” Actually I made the first one on “Triggaman.” My DJ backtracked that and that’s how the first “Get The Get” was made.

So many people were making those bounce songs on “Triggaman.” That’s what made us just go ahead and put it on the actual beat, which makes it so unique where it don’t have that actual “Triggaman” bounce.

But man, never in my lifetime did I think it would take off like it did back then. It got a big response even back then. That’s why I’m thinking the response right now is all because my song never reached its full potential. We actually stopped “Get The Gat.” We shut it down.

HipHopDX: Can you talk about that? Why did you have to shut it down?

Lil Elt: Well, it was a lot of … wasn’t enough agreements in the company at that time. You know, we was young. I was the youngest and had the hottest song on the label, which was called Parkway Pumpin Records. Just a lot of heads was clashing. I think that’s the best thing that could have happened with them shutting it down because heads was getting big because “Get The Gat” was bringing in the money to the label. It was actually blowing up, and when we shut it down, it was in demand.

I kept doing music. I went to a distributor in Gonzalez and he was looking for “Get The Gat” in 1998. We shut it down in like 1993. We stopped it, but it was in demand. I really couldn’t control nothing. I was 16 years old, so I just rolled with the flow. But I always just had something, had a vision that even just putting it back out myself. But man, I never thought this [newfound success] would have happened.

HipHopDX: Absolutely. The #GetTheGatChallenge takes off with the help of the LSU football team. When did you first become aware of it?

Lil Elt: I was in my bedroom and my nephew turned me onto it. He told me, “Oh look at this, they dancing to this song.” I actually was amazed by it. Then when I noticed it was LSU too. I said, “Man, you got the champs dancing to this!” And this was before they won the championship, but I called them champs then.

I looked at the views. It was almost 50,000 views then. I just went to paying attention from then on. Woke up the next morning, it was a little over 100,000. Then I saw different people catching on and I’m like, “Man!” [Laughs]

When I really knew it was something was when my phone went to ringing off the hook.

HipHopDX: I can only imagine. It must have been crazy.

HipHopDX: Now what made the whole thing even more special is LSU played the national championship in New Orleans. What was that week, or even the night, like for you? Were you getting offers to perform at a bunch of places?

Lil Elt: I actually had a little setup for three shows for that weekend. Somebody booked me at a show at Barcadia and we had one at the House of Blues. Monday night was canceled but that’s because everybody was on Bourbon Street.

Lil Elt: Yeah, they had me set up for that weekend. Could have went better. A little bad timing because he actually set me up that Thursday before the game. So it was a late with the timing, but it was great to be out there. I’m just looking forward to getting more out here.

HipHopDX: As your song finds this new life, did you get anybody from LSU reaching out to you? Was there anyone working for the university, team or even just players trying to connect with you?

Lil Elt: Nah, ain’t nobody really reached out to me or anything. They had a couple of old players that came out to the Barcadia and they checked me out. Yeah, some ex-football players from LSU that came out who the promoter knew. They came out and checked out some of the show.

HipHopDX: Well, I’m hoping to see you at some LSU games or tailgates next season. It’s only right with this being LSU’s unofficial anthem right now.

HipHopDX: I think what’s so fascinating about your song’s revival is this happened less than a year after “Choppa Style” had a rebirth with the help of the New Orleans Saints. What do you think it is just about football culture in Louisiana that’s able to revitalize songs like this?

Lil Elt: I don’t know. It’s just … That guy Shawn, he picked the right song and actually told that story. They was going through different songs, but “Get The Gat” stood out. It was going with what they was doing, I guess as far as football-wise.

It is actually doing what I wanted it to do in 1992 and that was for the song to go national. It would have done that if we would have kept with it because it was moving. It was moving on its own in Louisiana. It had just touched Houston.

But like I said, they probably wonder why it’s just so turnt up right now. I’m looking at it as it never reached its full potential. That’s all it is. Plus, it’s a new generation. They like the song. It’s new to them. That’s the one they want.

HipHopDX: It’s gotta feel good to watch your song go through all those bumps in the road — not having the proper distribution and getting shelved — yet find new life all these years later.

Lil Elt: Exactly. The lovely part about it is I got full control now.

HipHopDX: That’s great. I was going to ask you about that. What’s the rights situation with the song? You were able to get it on streaming platforms and get proper compensation?

Lil Elt: Yeah, we actually just got all the other stuff that was illegally uploaded without proper permission taken down off all of the major platforms, even YouTube. So everything that’s up now is all me. We’ve got the song up on Apple Music, Spotify and iTunes. They have a street version and radio version.

HipHopDX: That’s the way to do it. So, what’s next for you? With this newfound interest in your music, what’s your plan? Are you trying to do more shows or put out some new music? What are your goals to capitalize on this momentum?

Lil Elt: We’ve got a music video coming for “Get The Gat.” That’s going to be the next thing coming up. As far as music-wise, I got plenty of music. I’ve always been under the radar, but I’ve always been working. I’ve got some things in mind. I might hit them with some bigger bounce that I got in store. I can do both. I got that and the gangster rap, so I can do either one.

Like I said, I’ve been putting it down. I ain’t never stopped when “Get The Gat” was shut down. I always wanted my hit record to do this because for the last 27 years, I always still got the attention in my city. When people found out I’d done a hit record, it was all love every turn.

I’m ready to give it to them and do these shows and take it all out of New Orleans. Shit’s just everywhere as far doing the challenges now, so hopefully, I can do a show in all those different cities.

Follow Lil Elt on Instagram. Catch him performing in Baton Rouge, the home of the LSU Tigers, at the Varsity Theatre on March 6.