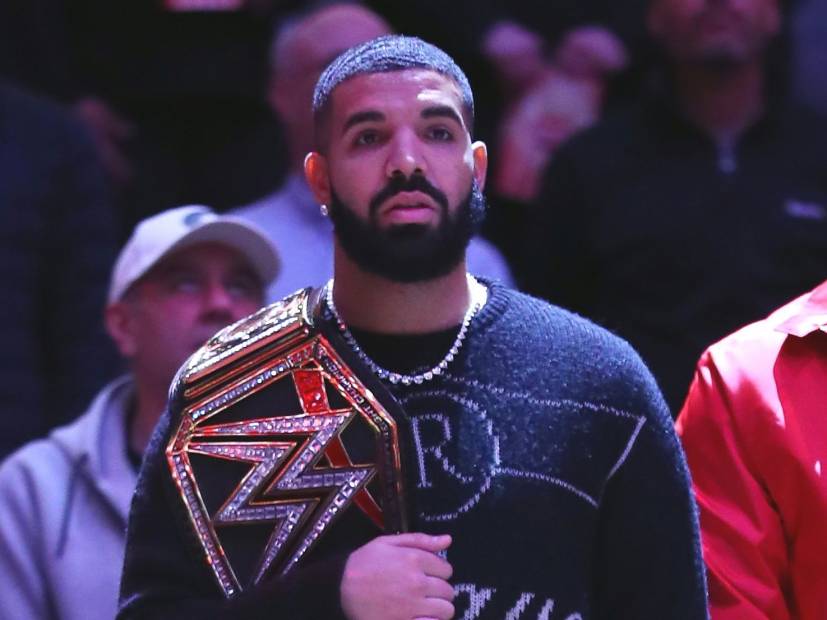 Toronto, Canada – Drake is beyond dedicated to the Toronto Raptors, something he illustrates over and over again when he sits courtside at home games.

During Tuesday night’s (February 25) game against the Milwaukee Bucks, the 6 God did his best to be as distracting as possible, arriving at Scotiabank Arena with two championship wrestling belts, a nod to the Bucks’ frequent pre-game wrestling routines.

The Grammy Award-winning artist also rocked a gray fedora while putting some of his best dance moves on display as the game went along. But despite Drake’s valiant attempts, the Bucks still beat the Raptors, 108 to 97.

The Bucks enact a WWE-style wrestling routine before almost every game. Bucks’ Giannis Antetokounmpo also brought a belt to both Washington and Toronto.

Check out one of their routines below.