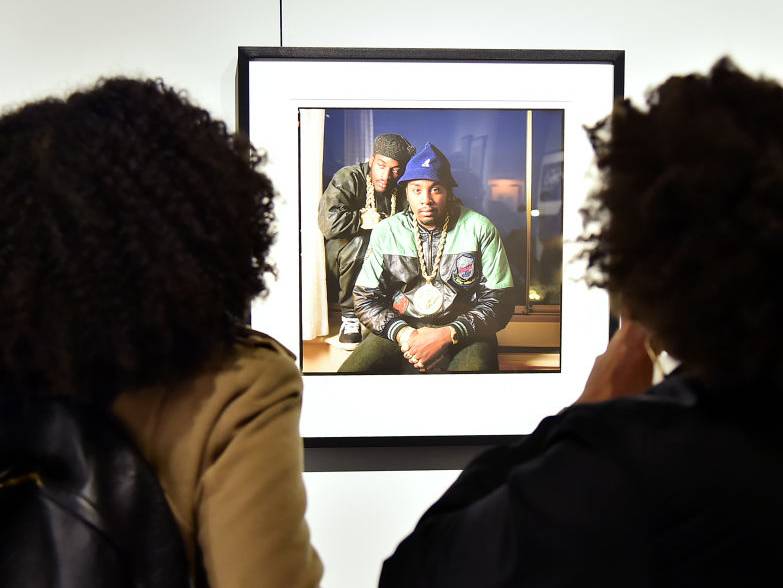 New York, NY – The glory days of Hip Hop were alive and well at 10 Corso Como New York’s exclusive exhibit with Getty Images, Beat Positive, a visual survey of some of the most important photographs in Hip Hop between 1981 and 1993.

Beckman documented the burgeoning Hip Hop scene of the 1980s, shooting everyone from Public Enemy to LL Cool J. At the time, they weren’t aware of the importance of the images they were creating.

“[We were] documenting them as they are and presenting them to the world, and 30 years later, that’s how people see [them],” Beckman told HipHopDX. 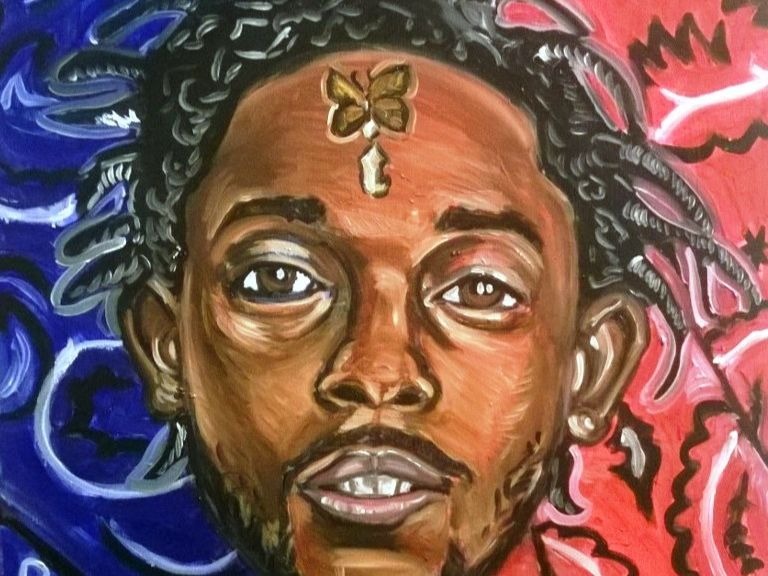 In the years since she began her career, Beckman’s photographs have become a visual atlas of Hip Hop’s foundational years.

The panel was moderated by Adler, who has taken on many different roles within Hip Hop. Russell Simmons named Adler the Director of Publicity at Def Jam from 1984 to 1990, where he worked with artists such as the Beastie Boys, De La Soul and DJ Jazzy Jeff & The Fresh Prince.

From his work at Def Jam, Adler went on to publish the book Tougher Than Leather: The Rise of Run-DMC, arguably the most comprehensive study of the Queens-bred group. He’s an undeniable expert on the visual influence Hop Hop culture extolls onto the greater pop culture.

By the early 2000s, Hip Hop had taken off and showed signs of becoming one of the most important cultural forces in the United States. Since then, Hip Hop culture has reached new heights and begun to inform trends and society outside of the music. It’s an art form rooted in audio, but it drastically impacts the visual language of contemporary pop culture. That’s in part because of the genre’s close affiliation with fashion and graffiti, which are traditionally associated with Hip Hop during its seminal years.

Hip Hop now seems inseparable from fashion — Travis Scott, Kanye West and Kendrick Lamar all have multiple collaborations with athletic brands such as Nike and adidas. Sheck Wes, Playboi Carti and Kid Cudi have all walked in Louis Vuitton runway fashion shows, and the collections of designer brands have begun to resemble the street-style made famous by Hip Hop artists in the past few decades.

But fashion has always played a role in Hip Hop’s lifestyle.

“Run-DMC took their whole style from Jam Master Jay and Jay took his style from the street hustlers in Queens,” Adler stated during the panel. “For them to establish themselves that way in 1983 — it was really revolutionary. [It] came straight from the hood. Run-DMC’s endorsement deal with adidas in the late 1980s helped pave the way for contemporary artists to ink deals and create products with large businesses.”

The influx of big business into Hip Hop culture has threatened the purity and originality for which the genre was once lauded. Gold is a multi-hyphenate creator based out of New York City who became known within the industry for her graffiti and work as a stylist for multiple publications.

Later, Gold would create her own fashion label, Claw & Co, which is inspired by Hip Hop culture.

“We’re at risk of losing the culture,” Claw told HipHopDX. “Big business is all over it. People aren’t experimenting with style and originality the way they were.”

While endorsement deals proved to be lucrative for artists, they’ve commodified and appropriated Hip Hop culture often without pushing it forward or paying proper homage.

Whereas fashion and Hip Hop music have become more unified, graffiti, one of the original four elements of Hip Hop (alongside DJing, MCing and breaking) has steadily been left by the wayside.

“I found, as a graffiti artist, that Hip Hop did not support graffiti unless it needed a visual identity,” Gold continued. “As Hip Hop began to grow and law enforcement cracked down on graffiti, artists weren’t given credit for the foundational role graffiti played in the culture.”

Graffiti was left in the background.

Villorente agreed, “It probably wasn’t as lucrative for many people and graffiti is a subculture within a subculture — so, it’s a very niche movement.”

Thousands of New Yorkers have seen Villorente’s scrawled tag or the three-toed paws from Gold, and these artworks have served as the backdrop for Hip Hop’s visual landscape, but the artists never received their due credit.

“For the graffiti artists there was very little reward other than the admiration and respect of our peers, and occasionally seeing our work coming off in print,” he continued, as he pointed to a faded Villorente tag that reads “Chino” in the background of Beckman’s photograph of Stetsasonic from 1988.

Although graffiti was in some ways the “Bastard Step-Child” to Hip Hop, as Villorente calls it, it served as visual inspiration to the culture, mirroring the sensibilities portrayed in the music and fashion.

As the 2020s begin, and rap shows no sign of relinquishing its grip on pop culture, it’s clear how the history of visual elements such as fashion and graffiti has lent itself to the creation of the contemporary, multidisciplinary genre known today.

Without Gold and Villorente’s paintings and tags, which wrapped the streets of New York City, and Beckman and Adler’s commitment to documenting the culture, the genre wouldn’t be where it is today.