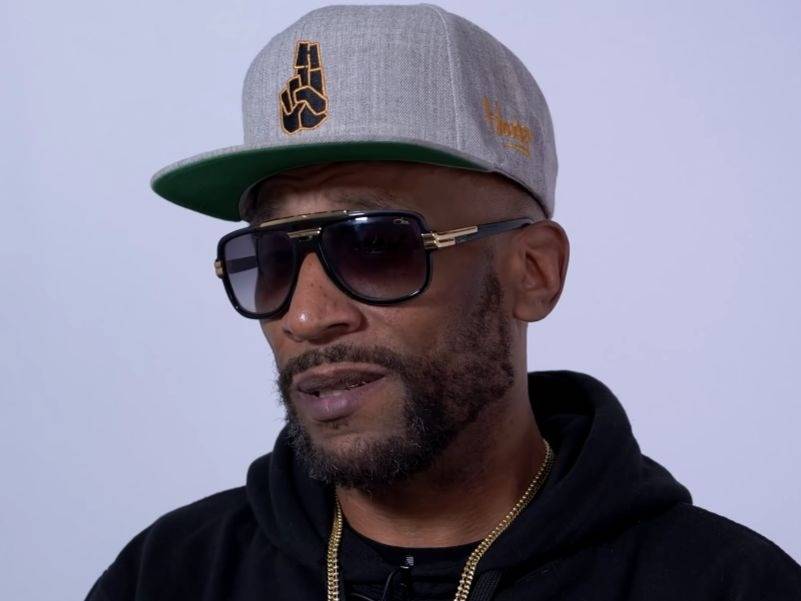 Lord Jamar is thinking about rounding up fellow Brand Nubian members Sadat X and Grand Puba for an Eminem diss track — and he’d like DJ Premier to take control of production. During yet another interview with VladTV, the tenured MC was asked if it was coming.

“We’ll see,” he replied. “Premier, send me that joint! How ’bout Just Blaze? If you not scared, I’ll take one. MF Doom. Just sayin’. I can’t say I necessarily want one from [Dr.] Dre. That’s not necessarily my style. The people I named just now are more in my lane. Pharrell?

“He could do it but I feel like Pharrell has gotten to a certain level where I don’t know if he’d do the type of shit I’m doing. I don’t know what RZA’s doing these days. I’d have to hear it. Some older Kanye … if you went back in his older files … then I was gonna say maybe a Daringer.”

After Vlad pointed out Daringer wouldn’t work because of his affiliation to Shady Records artists, they circled back to Preemo and determined he would be the best choice.

“We put that in the universe,” Jamar said. “For Hip Hop. Let’s go. A lot of trash is being put out right now. The bar is set really low. Between what Eminem put out and what Nick Cannon put out, yeah, I think it will not be hard to surpass that. So, let’s go.”

Jamar has been one of Eminem’s most outspoken detractors over the years. As a result, Shady has dissed him numerous times on wax. Most recently, he threw a few jabs at Jamar on his surprise Music To Be Murdered By album.

In response, Jamar called him a “bitch-ass” and referred to his music as “trailer park shit.” Revisit those comments below.