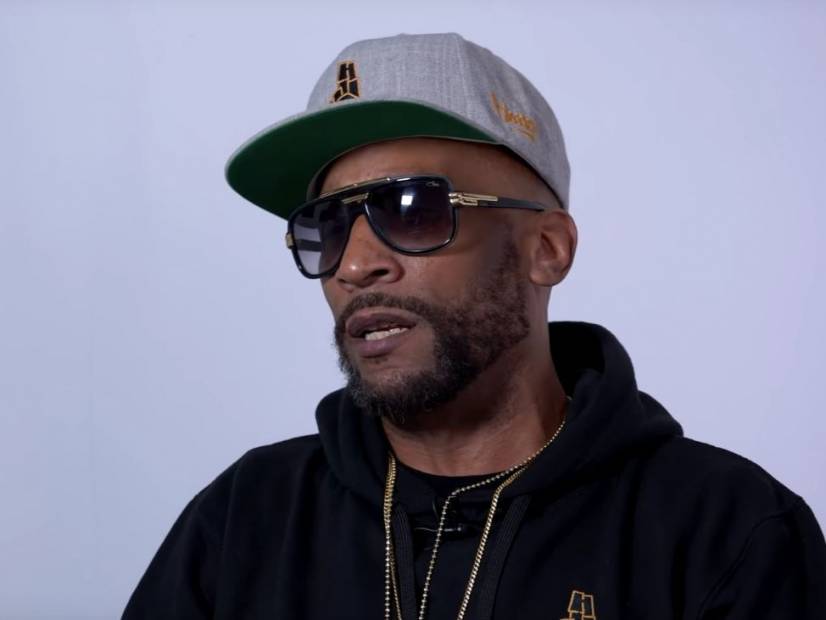 Lord Jamar was (once again) invited to DJ Vlad’s couch to spit some more venom in Eminem’s direction.

A healthy six days after Shady unleashed his 11th studio album, Music To Be Murdered By, the Brand Nubian MC sat down to voice his opinions on the two Jamar disses featured on the Royce Da 5’9, Joell Ortiz and KXNG Crooked-assisted single “I Will.”

While many people initially assumed the line, “Your group is off the chain, but you’re the weakest link” was about Joe Budden, the former Everyday Struggle co-host said it was unequivocally about Jamar.

Elsewhere in the song, Em also spits, “Got a crown of thorns, but it won’t fit around the horns/But I’ma keep it a buck like a dollar store/I’m more than you bargained for and I am far more worse/Than a forty-some bar Lord Jamar verse.”

Although Jamar jokes he thought “Stepdad” was about him, he eventually gets down to business.

“I know what this bitch ass said,” he shouts. “And? And what? I’m still unscathed. Guess what? Muthafuckas still ain’t listening to that in the hood. Nobody came to me in the hood and was like, ‘Yo, I just heard this Eminem song where he went at you.’

“No, they gotta read about it on MTO and shit like that. Because again, my point is proven, nobody listens to your fuckin’ shit. So I’m chillin’ right now. You could talk about me a million times.”

The tenured Hip Hop artist continued, “What I figured out is I live rent-free inside Eminem’s fucking brain. I got squatters’ rights in that bitch. OK? And might I say, it’s fucking filthy in there. He talks about, ‘Yeah I be cleaning the sinks for Rakim and all this.’ Yeah you know what, we clean our fucking houses you fuckin’ filthy piece of trailer park shit.

Jamar then rigorously defends the accusation he’s the “weakest link” in Brand Nubian and says that’s like “calling Dr. Dre the weakest link in N.W.A.” He concludes his tirade with “eat a bunch of puppy dicks and shut the fuck up.”

Watch the full video up top.