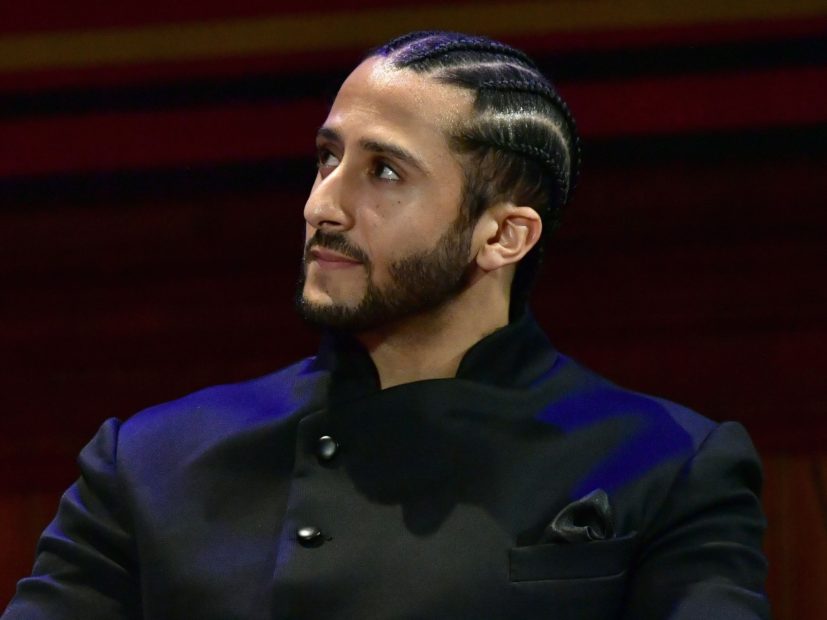 Former San Francisco 49er quarterback Colin Kaepernick had a few words for JAY-Z and Beyoncé who attended the Super Bowl LIV in Miami Gardens on Sunday (February 2). During the national anthem, which was performed by pop singer Demi Lovato, the famous couple was filmed sitting alongside their daughter Blue Ivy instead of standing with the rest of the crowd.

Kaepernick, who famously started kneeling during the national anthem to protest police brutality in 2016, called out Hov in one of his recent Instagram Stories.

“I thought we were ‘past kneeling’ tho,” he wrote across a screenshot of a TMZ Sports article about the couple’s conduct at the game. It was coupled with a “thinking emoji.”

Hov and his Roc Nation imprint linked up with the NFL last August to help the league’s social justice efforts and bolster its music industry connections. As part of their duties, Roc Nation was asked to act as the NFL’s “live music entertainment strategist” and consult on productions such as the Super Bowl halftime show.

Jay and Beyoncé sitting down during the national anthem stirred up plenty of controversy. Ahead of the Super Bowl, the Roc Nation mogul sat down with the New York Times and again defended his collaboration with the NFL. Although he insisted he was still fighting for the same things as Kaep, he said it was time to move beyond that.

“As long as real people are being hurt and marginalized and losing family members, then yes, I can take a couple rounds of negative press,” he said. “No one is saying he hasn’t been done wrong. He was done wrong. I would understand if it was three months ago. But it was three years ago and someone needs to say, ‘What do we do now — because people are still dying?'”

Watch the video of Beyoncé and Jay at the Super Bowl above.