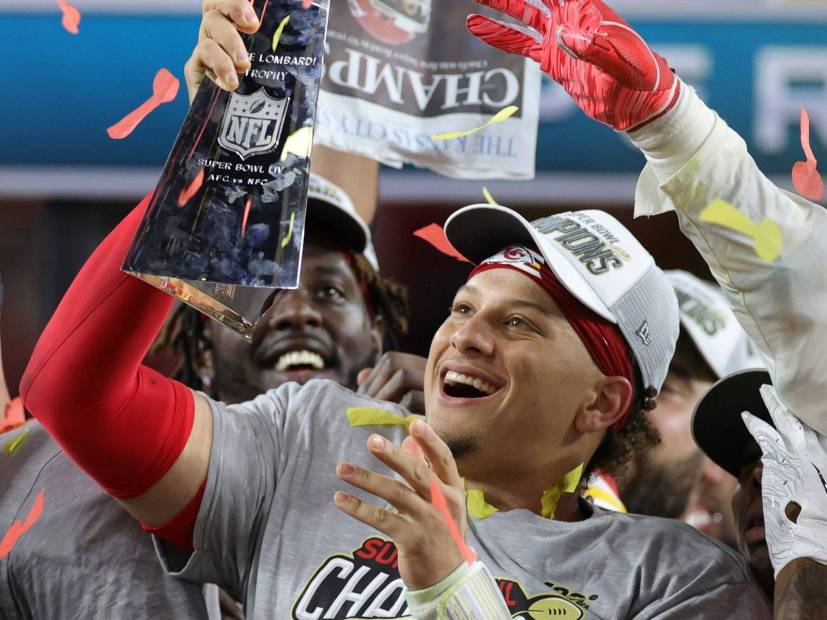 Miami Gardens, FL – For the first time since 1969, the Kansas City Chiefs are Super Bowl Champions. The team beat the San Francisco 49ers at the Hard Rock Stadium in Miami Gardens, Florida on Sunday (February 2) with a score of 31 to 20.

Quarterback Patrick Mahomes led his team to three touchdowns in the final 6:13, providing a thrilling climax to an overall entertaining game.

Hip Hop flooded Twitter with reactions to the historic win. Most notably, Kansas City, Missouri native Tech N9ne, who was at the game alongside Strange Music CEO Travis O’Guin and labelmate Krizz Kaliko, shared his excitement with a post celebrating “Red Kingdom,” the “o” replaced with a “9.”

Tech N9ne’s reaction was just the tip of the iceberg.

LL Cool J gave a special shout out to Chiefs wide receiver Mecole Hardman Jr., writing, “Congratulations to the lil bro @MecoleHardman4 and the @Chiefs on your Super Bowl win!! that’s how you @ROCKTHEBELLS!!!”

Congratulations to the lil bro @MecoleHardman4 and the @Chiefs on your Super Bowl win!! 💪🏾💪🏾💪🏾 that’s how you @ROCKTHEBELLS !!! #SuperBowl #SuperBowl2020 pic.twitter.com/IrpWpJTwm2

Ice-T, Amp Live, Pharoahe Monch and Atmosphere are among the many pushing the Chiefs’ win to a Twitter trending topic.

Bay Area roots, but I like the Kansas City also.. hard one this #SuperBowlLIV #SuperBowl2020 . @SF49ersPro @Chiefs .

If you’re a football fan … show some love. Come on now … pic.twitter.com/CQ6hdOfe6d

Congrats to the @Chiefs!!! Well deserved! Happy for all my KC family especially my fam at @StrangeMusicInc

Bend the knee my friend

The Niners stay at 5 Super Bowls like the Cowboys Grrrrrrr

I’m happy For Reid. All Philadelphians should be happy for Reid.

Offensive coordinator that keeps getting passed over for jobs for some “mysterious” reason. He a champ now. https://t.co/SmizwFjS9F