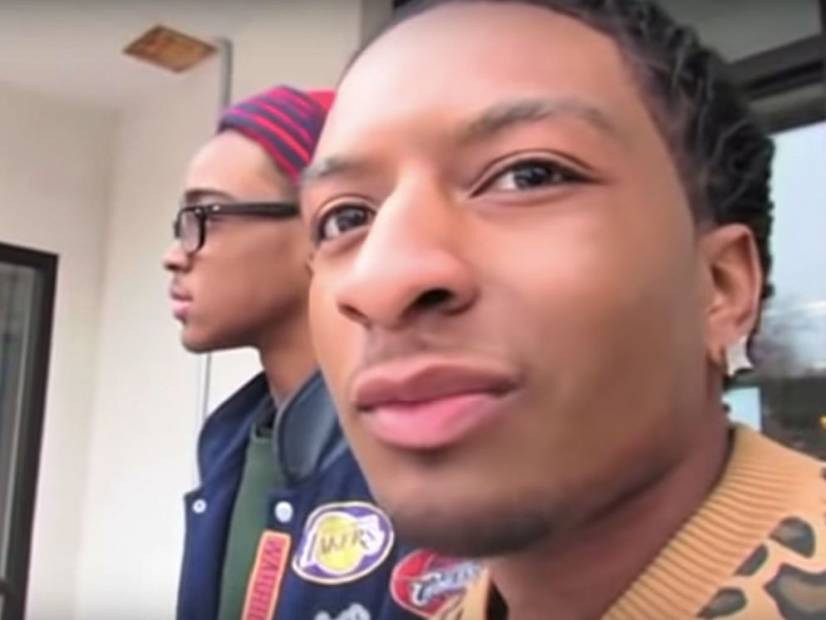 Chicago, IL – An aspiring Chicago rapper who goes by Young QC was reportedly doted on by his mother Yolanda Holmes. As an only child, the 23-year-old (real name Qaw’mane Wilson) was given anything he wanted, including clothes, jewelry and a Mustang.

But according to The Chicago Sun Times, that wasn’t enough, so he decided to have his mother killed to get his hands on her insurance policy. On Friday (January 31), Cook County Judge Stanley Sacks sentenced QC to 99 years in prison for hiring a hitman to do the job. The shooter, Eugene Spencer, received 100 years behind bars.

“The word is ‘matricide,’ meaning murder of one’s own mother,” Sacks said during the hearing. “Whatever he wanted, his mother gave to him. A car. A job. One could say he was spoiled. She gave Qaw’mane life, and it was his choice to take it way from her.”

In 2013, Spencer took a ride with QC’s girlfriend to Holmes’ residence where he shot her while she slept. He then got into an altercation with Holmes’ boyfriend, knocking him unconscious. He returned to Holmes’ body and stabbed her after QC allegedly instructed him to “make sure the bitch is dead.”

Over the next couple of months, QC drained Holmes’ bank accounts and at one point, customized the Mustang his mother had given him with gull-wing doors. In a YouTube video posted to his account in May 2013, he walked into a Chase Bank where he withdrew $20,000 and then tossed it into the air for his fans to collect.

The video was later played in court for the jury.

QC, now 30, “merely nodded” when Sacks announced the sentence. Despite his actions, QC had the gall to say, “I just want to say, nobody loved my mother more than me. She was all I had. That’s it.”