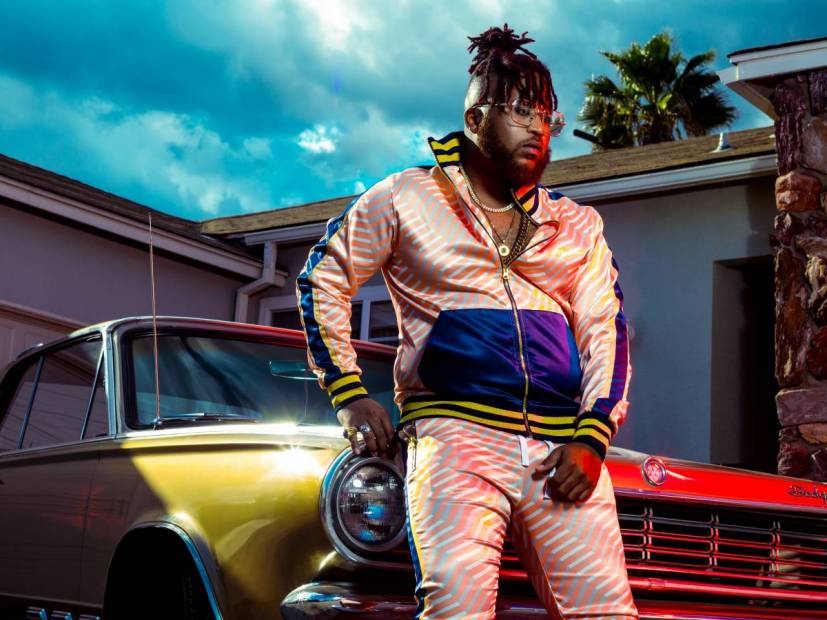 Los Angeles, CA – The blues has long been a measuring stick for the depths of an artist’s soul.

In the case of Sean2 Miles, the blues is his soul as he was born within its harmonic energy. Hailing from Mississippi, his down-home funk drenched in bluesy hymns makes him unique and without limitations.

Having shared studio time with the likes of Snoop Dogg and Juicy J, getting placements on Bravo’s hit show Vanderpump Rules and releasing his debut album Heartaches & Turn Ups in 2018 has made the Los Angeles transplant a versatile weapon in the studio.

While talking to HipHopDX, Sean2 Miles breaks down his bluesy artistic process, working with the legendary Snoop Dogg and which albums he deems to be classic.

Sean2 Miles: I think it’s a great feeling, man. I’m real honored to have those validations. That’s another reason to keep pushing forward. You know what I’m saying?

Sean2 Miles: Well, shout out to Papa. Papa is Snoop’s main bodyguard. So he’s the one who came into my studio and had Kurupt and Triggs and Crooked I all come into my studio downtown L.A. It’s a bank vault that I created into a studio. He came in, started to vibe and ended up hearing some music and was like, “Yo, I think you should drop on this song.” I didn’t think nothing of it. Triggs already had the song with Snoop. I just threw my verse at the end of it and I ended up getting a call from Snoop. Snoop was just like, “Yo, that was real sick what you did. I like the melody. I like your approach. Put that second verse!”

So I mean I get that call, I mean I just sent it off like here you go (laughs). He called me back and was like, “That shit was tight.” I was just like damn.

Sean2 Miles: Yeah. Exactly. Then, since I’m being from Mississippi, it was just a perfect combination. I did the video and started touring a little bit. It was supposed to go back on tour soon.

HipHopDX: Nice. Nice. Yeah. Being from Mississippi, off the top of my head I have David Banner, Big K.R.I.T. and Rae Sremmurd. That’s a pretty short list of guys who breakthrough from the area. I know you moved to L.A. Is there not a big Hip Hop movement even underground in Mississippi?

HipHopDX: And you’re planning on bringing, slicing your Mississippi roots with a bit of 2020 drip with this Farmhaven album?

Sean2 Miles: Yes, sir. So Mississippi is known as the homeplace of American music when it comes to blues, country, soul. So I grew up on blues. That’s what I know. That’s what got me in the door and just loving music from the gate, listening to B.B. King and that whole Malaco [Records] sound. This album is to pay homage to where I come from and also it was like an understanding of who I am, too. You know I was trying to fish for what’s my sound going to be. By the time I did the verse with Snoop that was my sound: blues. I have a blues influence with my voice. So I’m just pushing that out, putting that forward.

Sean2 Miles: I hope everybody, especially the youth. You know, blues is a conversation. People talk about music now but blues is something that people don’t even mention. To me, that’s real important even when it comes to R&B. It’s the root of all these genres. So I’m trying to make sure they mention blues again.

HipHopDX: For someone who’s never heard Sean2 Miles, how would you describe your sound? You’re a pretty prominent producer, you’re a studio rat, but how do you come across to people upon their first introduction to you?

Sean2 Miles: First impression, first introduction? I mean to me it’s whatever serves you. I’m real versatile when it comes to music in its entirety. I’m a musician as well so I just feel like they will probably hear the musicianship and also hear the realness. I’m here to have fun, too. It ain’t all so serious. I want the smile on people’s faces and I also want to make them think.

HipHopDX: Makes sense. And are you going … Did you go on tour, too? I’m looking at your Instagram. You were on the Snoop Dogg I Want to Thank Me tour?

Sean2 Miles: Yeah. I was on the last five dates on his I Want to Thank Me tour and performed the song.

My Southern Folks Get With It & Get your Tickets! @doggystylerecordssouth is hitting the stage and performing new single @officialtriggs Girls, Girls, Girls feat. The Dogg himself @snoopdogg & myself @sean2miles Brought to you by @unclesnoops.army @bobbydeepresents #IwannaThankmeTour

HipHopDX:So not only do you have experience working with big-name artists, you have big-name tour artist experience. For someone who’s never been on that side of things, was it everything that you dreamed it would be? Was it a learning experience?

Sean2 Miles: It was definitely a learning experience, first. It was a learning experience first and also being on stage as he’s performing, watching him and seeing dude is a legend and seeing how his crowd response is and how patient he is. I mean I feel like I got the best person to learn from in the game. Longevity, that’s how I see myself. 25, 30 years plus, that’s what I’m getting in it for.

HipHopDX: Are you planning on signing with Doggy Style South or are you staying independent? What’s your label situation like?

Sean2 Miles: I’m still independent, but I’m also affiliated with Doggy Style South, so I think that conversation will come soon. With me locking in Doggy Style South because I’m all about having my own as well.

HipHopDX: In your opinion, what’s the definition of a classic album? I know you are taking your time with Farmhaven to make sure it has the right amount of blues sprinkled in it and everything. So how do you give people a classic album in the streaming era?

HipHopDX: Give me some examples of albums that you consider classics.

HipHopDX: That’s lit. And you pick from the obvious classic albums, albums that are real strong on the production side. Would you say you’re a producer first and an artist second or are you a mix of both?

Sean2 Miles: Yeah, production. That’s my approach on everything first and then I just say this is the type of artist. I just tune into the character I need to go into.

Sean2 Miles: Yeah. I’m not a big trap fan. I can appreciate the movement, but I’m not really a trap fan like that but I appreciate trap. I still appreciate it because there’s a lot of people that come from the gutter and this what they have. This is their ministry. I can even do the sound but it’s a balance. It depends who we’re talking about it in the trap. Young Jeezy, I’m with that.

HipHopDX: Lastly, my G, going into 2020, any artist that you look forward to working with? Maybe even having some guests on Farmhaven?

Sean2 Miles: Yeah. I know I have Willie Clayton. He’s like a blues legend. Willie Clayton, he’s on my album. Who I would like to work with mostly is Anderson .Paak. I like Anderson .Paak’s whole vibe. The whole soul approach and musicianship that he brings to the table. That reminds me of Curtis Mayfield, Stevie Wonder, people like that who are musicians and producers that have pop sound and can win Grammys with it. I really want to work with him. And also Post Malone.

HipHopDX: You think you can make one of those songs that get a billion streams with Post?

Sean2 Miles:I feel like I’m going to hit a gem right now. So as soon as I’m out there I already know it’s going to happen. It has to.

HipHopDX: Putting it out in the universe in this interview.

Sean2 Miles: You got to manifest it, man.

Stream Sean2 Miles’ Farmhaven down below and check him out on Instagram @sean2miles.