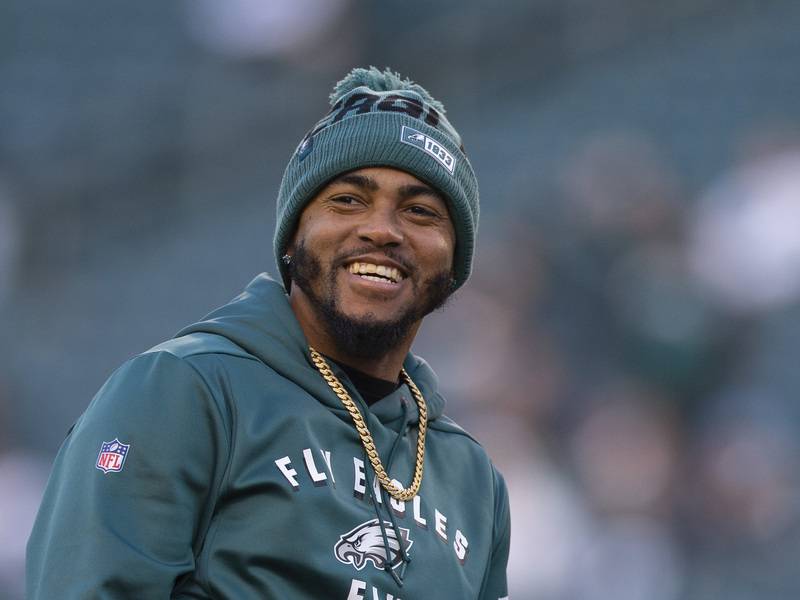 Desean Jackson has pimped his ride with a tribute to Nipsey Hussle.

The NFL wide receiver showed off his Nipsey-inspired Rolls-Royce Cullinan on social media, sharing photos of the vehicle’s interior and rims decked out in the Crips’ signature blue colors. The car’s doors also feature custom lighting projecting Nipsey’s likeness on the ground.

“The game is sold not to be told !!” Jackson wrote on Instagram. “@nipseyhussle you already know I had to do it Loco NipBlu.”

The game is sold not to be told !! @nipseyhussle you already know I had to do it Loco ??NipBlu??

The Nipsey-themed Rolls-Royce isn’t the first time Jackson has paid homage to the slain MC. The former Pro Bowler, a fellow Crenshaw native like Nipsey, has also sported Neighborhood Nip’s image and quotes on his cleats during NFL games.

Jackson upped the ante of his tribute last season by auctioning off his game-worn cleats and donating the proceeds to the Neighborhood Nip Foundation.

Check out Jackson’s Nipsey-inspired ride above and view his cleats below.

“Lock us behind gates but can’t tame us “ Used to be stay safe, now it’s stay dangerous NipDaGr8 ?? Ima rep every game 4 you Loc ? TMC ?

WE LIVE!??Honoring my bro @nipseyhussle legacy & auctioning off my custom Nipsey pregame cleats all season long. All proceeds will benefit the Neighborhood Nip Foundation. Plus I will personally match all funds raised and donate directly to Kross & Emani! Bid on week 1 now until 9/28. Link in bio. ?#TMC #JACCPOT #10Mode #FlyEaglesFly