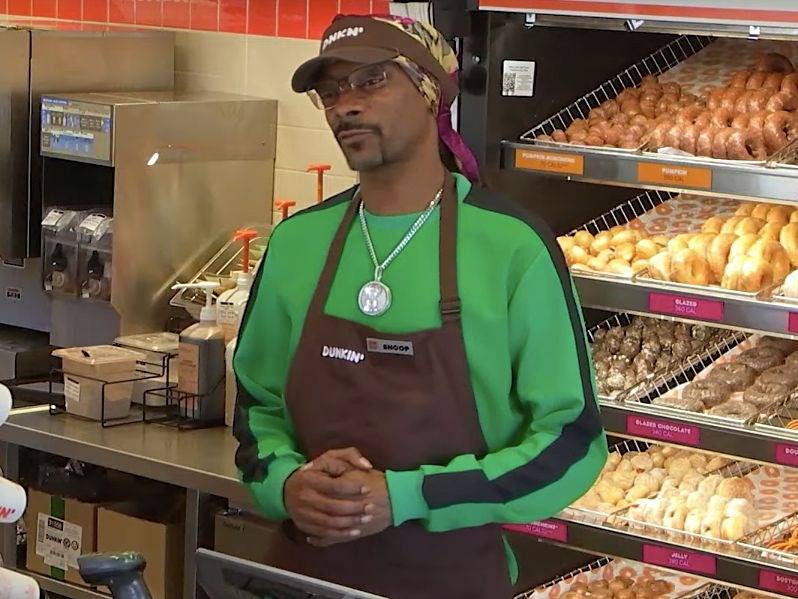 Snoop Dogg was overjoyed when revealing his new Dunkin’ Donuts sandwich to Instagram this week. On Monday (January 13), the D-O-Double-G unveiled the signature sandwich, which is appropriately called the Beyond D-O-Double-G. The catch? It will only be available until January 19.

The veteran Hip Hop artist explains in the clip, “Look real close. Special sandwich at Dunkin’. The D-O-Double-G. That’s right y’all. That’s that Beyond Meat sausage patty with egg with cheese inside of a glazed donut. Ooooooo weeee. D-O-Double-G. Better hurry up and get you some ’cause they gonna leave fast. Exclusively at Dunkin’. Tell ’em Snoop sent you.” [apple_news_ad type=”any”]

Every dogg has his day, and now this dogg is getting his own donut sandwich ?? . Introducing the Beyond D-O-DOUBLE G, only @Dunkin.  Get it through Jan 19. @Beyondmeat #ad

Snoop decided to posse up with the donut shop chain on his own sandwich after initially launching the Beyond Sausage Sandwich with the company last November.

“When I got the chance to work at Dunkin’ for the Beyond Sausage Sandwich launch, I got to thinking about what other Beyond Meat sandwiches we could create,” he said in a press release. “Being around my favorite glazed donuts got me inspired, so today we are dropping The Beyond D-O-Double G Sandwich at Dunkin’ restaurants nationwide.”

In addition to the sandwich, Snoop and Dunkin’ Donuts are also launching an exclusive pop-up merch store called The Beyond Collection by Dunkin’ x Snoop. It will feature limited-edition apparel such as a green tracksuit inspired by Snoop’s outfit in the latest Dunkin’ commercials.

They’ll also offer joggers, bomber jackets, sweatshirts, t-shirts and a beanie. The drop date has yet to be announced.