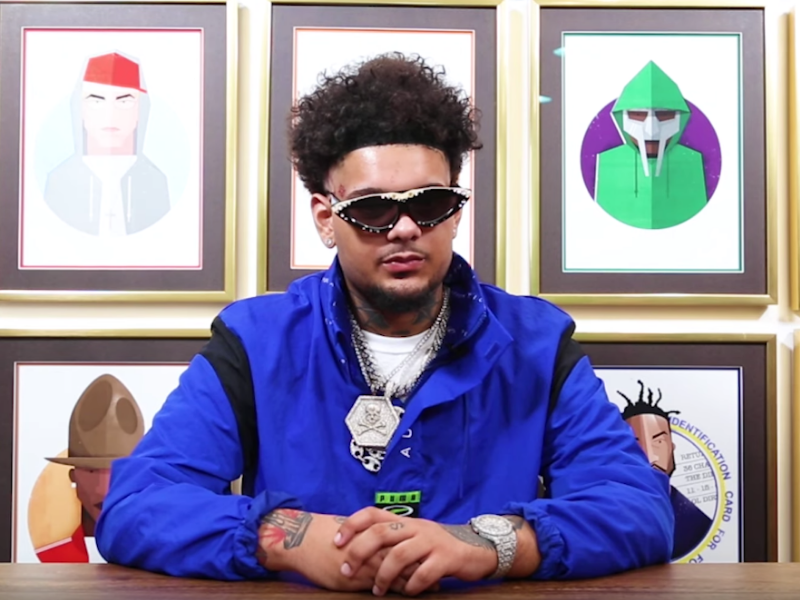 Smokepurpp recently stopped by the HipHopDX offices in Hollywood to talk about his career, which has evolved from uploading tracks on Soundcloud to working with Gucci Mane and Kanye West.

During the conversation, Purpp revealed he removed a Kanye verse from his new album Deadstar 2 because he knew the song didn’t fit Ye’s new Gospel-inspired brand.

Then the topic shifted to mental health and addiction. When asked if record labels should be supplying artists with therapists, Purpp got honest and said, “I definitely feel like, if they need it, that should be the labels job to keep their artists mental health intact.”

While he has not directly attended a therapy session himself, the South Florida rapper admitted to checking himself into a rehab facility for a couple of weeks in the past.

“I kind of knew I wanted to go when Peep died,” he said, referring to his friend and collaborator Lil Peep, who died of a drug overdose in 2017. [apple_news_ad type=”any”]

He said he stopped drinking lean completely a few months ago and urged his fans to seek help if they need.