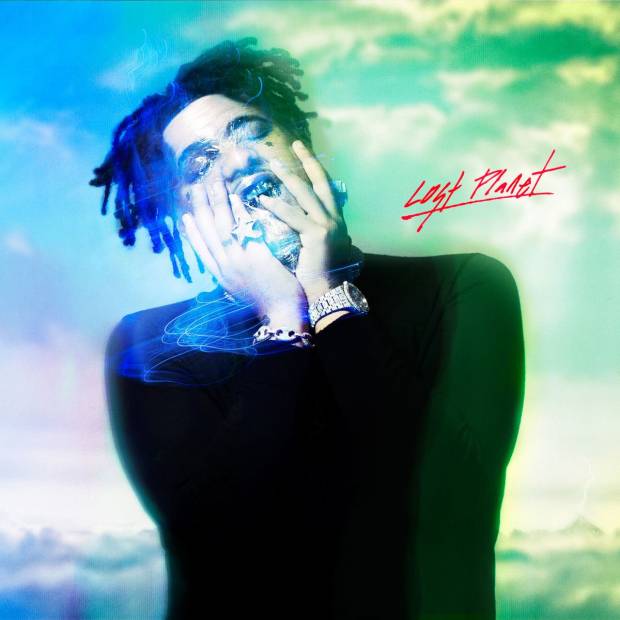 The SoundCloud movement is heading towards a moment of oversaturation. But with almost every Hip Hop album featuring at least one SoundCloud rapper, there’s clearly enough room for more stars. Despite an early friendship with Lil Pump and collaborations with high profile artists like Offset, Lil Yachty, and Travis Scott, Smokepurpp has yet to establish his own creative identity and ascend to notoriety.

His new EP Lost Planet, a follow-up to last year’s mixtape Bless Yo Trap, is a step in the right direction. Over the course of eight succinct tracks, Smokepurpp maintains an impressive level of energy while occasionally taking the time to experiment with form.

For an EP that’s often boisterous, it starts off on a snoozy note devoid of any personality. “Baguettes,” featuring Gunna, is indistinguishable from the dozens of similarly low-key trap songs that are out there. Lost Planet truly commences with “Repeat,” an abrasive but enjoyable song produced by German DJ Boys Noize and hit-maker Kenny Beats. Over a kinetic beat, Smokepurpp raps a series of irreverent boasts: “Run through a bag every day of the week (Yeah)/ I spent your house on my mo’fuckin’ teeth (Uh).” His flow’s versatility matches the enticing production.

One of Smokepurpp’s clearest skills is restraint. None of the songs go over three minutes and each song has a distinct flavor. Even in its dullest moments, there’s nothing overwrought or boring about Lost Planet. In addition to “Repeat,” “3-8” and “Weapon” are highlights. “3-8” has a minimal beat comprised of piano keys and bass. The Florida rapper effortlessly bounces off the off-kilter rhythms with a stop-and-go flow. On the chorus, he carefully whispers the materialist rewards of his drug-dealing success. But once the verse kicks in, he transitions to defiantly rapping honest bars about what he had to do to obtain those superficial accolades: “357 it might not be, run up on me and/ that shit is gon’ pop /I got oxy in my sock /I’ve been riding in that drop/ Serve my Auntie on the block.” The jarring juxtaposition of energy lends the track a bipolar quality. “Weapon” is less eccentric or intriguing but similarly shows Smokepurpp diligently fine-tuning his style.

Despite the overall consistency, there are a handful of tracks that are failed experiments. “Chandelier,” featuring the inexplicably successful Lil Pump, echoes the abrasiveness of “Repeat” but is grating, obnoxious, and unpolished. And “Remember Me” is gloomy and hazy with Smokepurpp taking a peculiar stab at introspective singing. Though the change of pace is commendable, the results are mediocre.

Lost Planet encapsulates Smokepurpps’s strengths and limitations. Despite the misfires, this project suggests that Smokepurpp might be SoundCloud rap’s most underrated artist.