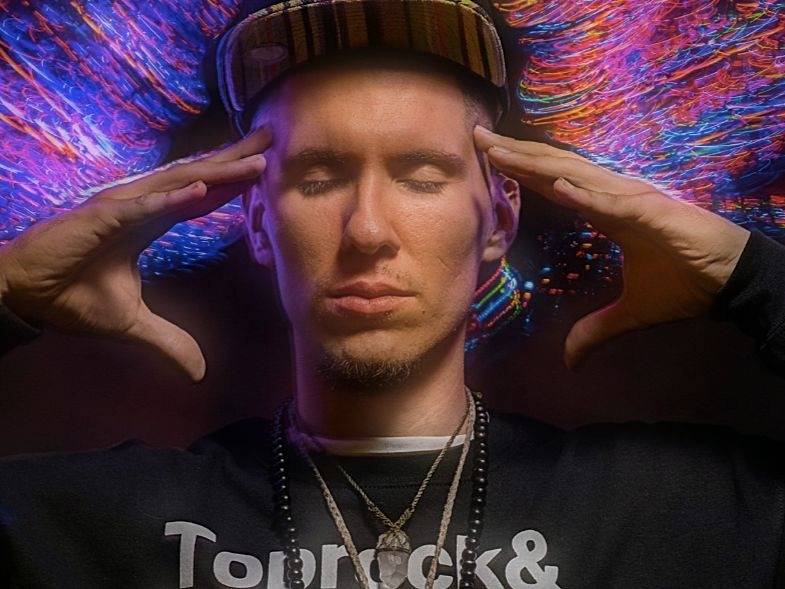 Courtesy Of Wake Self

Albuquerque, NM – The New Mexico Hip Hop community suffered an unimaginable loss on November 5, 2019 when Andrew “Wake Self” Martinez was killed by a drunk driver. The seasoned MC/community activist was only 30 years old at the time of his death.

The person behind the wheel, 24-year-old Alejandro Pichardo, brought Wake’s blossoming career to an abrupt end. Two days after his death, Wake was supposed to be at Santa Fe’s Meow Wolf for a release party to unveil what would prove to be his last album, the eerily titled Ready To Live.

But Wake never got the opportunity to reveal his work. Instead, his family and friends have dedicated their time to make sure the project is heard.

Producer Smoke M2D6, a longtime collaborator, friend, confidante and self-described “advice giver” of Wake’s, put countless hours into Ready To Live. His unexpected death hit Smoke like a ton of bricks and left him with a huge hole in his heart that nobody else can fill. After initially crossing paths in 2007 when Smoke was on tour with Oldominion, they eventually started working together in 2014.

“At first I was just sending him beats, but as time went on I started mixing and mastering everything he was doing,” he tells HipHopDX. “It was when we were right in the middle of working on what would be Malala that I started to see growth happen and songs become more personal.”

The Sunday before he passed, Wake had finally settled on a title for the long awaited follow-up to 2016’s Malala.

“We started to work on Ready To Live around 2015-2016,” he explains. “The album has gone through many iterations. Wake has always had ‘his voice’ as an artist, but I really feel that through working on the album he really started to hone in on what his voice was, which is one of the saddest things about this whole thing.

“This felt like the beginning of what he was about to do, what he was about to become. The album has probably changed completely three times or so. As songs evolved and his tastes changed, it started to get more focused on what his sound is. It kinda felt like we were stabbing around trying to figure out what this album was for a long time.”

Smoke, who Wake often called “Cap” or “Captain,” looks back fondly on working with Wake even though his perfectionism sometimes drove him nuts.

“Although he was probably going to annoy the ever-loving crap out of me with some obsessing over how a delay or reverb tail was going to sound, he was going to at least crack me up somewhere in the process of doing it,” he says. “He was always promising to send me some green chiles if I did stuff for him but never did [laughs].”

“The last two weeks of working on the album was really hard ’cause it was a small sound that he felt was distorting — that I couldn’t hear — on the ‘Love Myself’ chorus. There are easily 13 or 14 mixes that are floating around of that song. That mixing debacle held the album up by like two weeks and I couldn’t even hear the sound he was hearing even when each element of the album was solo’d. Of course, no one knew what was about to happen, but I really feel bad because he never got to see the album come out.

“Had I been able to hear what he was hearing and fix it sooner, then maybe the album would have came out sooner and he would have been able to celebrate it coming out. I turned the album in to him on Friday and I got my last message from him which was ‘WE IN THIS HO!’ I was in an insane studio session and didn’t respond. I never got a chance to respond.”

Like many of his fans, Smoke assumed last November 7 was going to be a day of celebration. The weekend before the accident, Wake had been canvasing Santa Fe telephone poles and stops signs with posters for the show, many of which are still hanging around The Santa Fe Plaza today.

“I thought I was going to be celebrating an album release that we had been working so hard on,” he says. “I know I’m not his blood family or anything like that — and my entire heart goes out to them. I know they have been dealing with grief that is far greater than my own — but this has been really hard for me.

“There is a huge void for me where there used to be light, and I can’t begin to fathom what they are feeling. Even worse is the feeling of being robbed — the world was robbed of him, his family was robbed of him, I was robbed of him. I’m still having a hard time seeing the what the good in this situation is. It’s unfair to everyone.”

On Friday (January 3), Wake’s family and friends held a sold-out release party in Albuquerque, where a roster of local artists performed in his honor, another testament to his unforgettable impact.

Ready To Live is now available on all streaming platforms. Check out the album stream, cover art and tracklist below. Cop the album here.