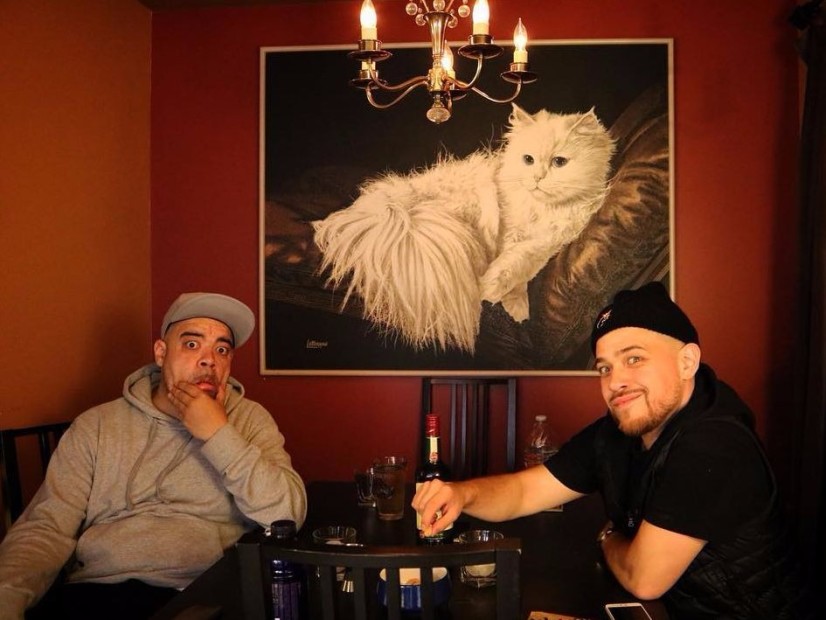 by Kyle Eustice
1
Portland, OR -

Illmac — or Illmaculate — has built a steady following in the battle rap scene since winning the 2004 Scribble Jam at the ripe age of 17. On the heels of his King Of The Dot’s Massacre 3 appearance where he battled Chilla Jones, the 31-year-old Portland native is in heavy promo mode for his forthcoming collaborative album with fellow Sandpeople member Goldini Bagwell, Ethereal.

By the sound of it, Illmac is stepping outside of his comfort zone to deliver something battle rap fans might not necessarily expect from the seasoned MC.

“It’s got this kind of spaced out, emotional vibe … a lot of the songs touch on relationships and love,” Illmac explains to HipHopDX. “We played it for Little Warrior, who adds vocals to a number of songs on the album, and she described it as ‘ethereal,’ which just sort of stuck with us.

“I feel like this is the perfect transition for me because a lot of the new music I’m doing is more about the mood or feeling,” he continues. “Lyrics are still important obviously, but sometimes it’s about what the words can’t say. I think this project is unlike anything either of us has ever done.”

Produced entirely by Oldominion’s Smoke M2D6, the album morphed into its current incarnation organically. The fellow Sandpeople already knew they could create magic together, but once Smoke was officially onboard, it all came together.

“Initially we had beats from a few different producers, but the first four songs we did just happened to be over Smoke’s beats,” Illmac says. “After listening to that first batch of songs, they sounded so cohesive that I was like, ‘We should have him produce the whole project.’ We had been working a lot on various projects, including Only & Ill and the mythical Sandpeople album, plus touring together. Eventually, the idea of doing an album just came about naturally.”

Ethereal is scheduled to arrive on August 18 via Heaven Noise Recordings. Pre-order the album here, and check out the cover art and tracklist below.