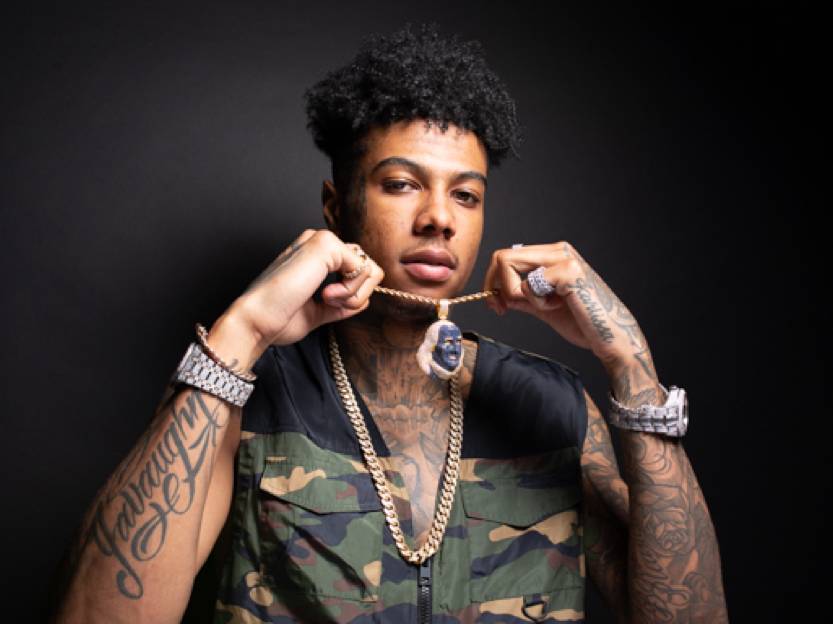 Courtesy of The Gold Gods

Blueface Makes It Rain In Skid Row For Christmas

Los Angeles, CA – West Coast rapper Blueface is all over the place at the moment. The Dirt Bag rapper has been tied to several trending headlines as of late, with his most recent stunt being highlighted for spreading holiday cheer to some of Los Angeles’ less fortunate. In a somewhat surprising move of generosity, Wack 100’s protégé is at the center of attention yet again for hand-delivering a bag to the homeless community on Skid Row.

In a video posted on Monday (December 23), Blueface stands on top of his Mercedes-Benz G-Class outside of Downtown Los Angeles while simultaneously throwing wads of cash and subsequently causing a momentary frenzy.

The season of giving 💰

Though it was all seemingly an act of goodwill by Blueface, many people immediately denounced the move claiming it was “dehumanizing” and “narcissistic,” while others seemed to identify with the sort of street justice the crippin’ Robin Hood took upon himself to spread during this holiday season.

he couldn’t just do like Drake and hand them the money!?? pic.twitter.com/YymppBZH3p

#Blueface could've easily donated that to the shelters or HANDED them the money. Instead he thoughtlessly threw it up in the air as a complete spectacle and risked inciting violence among the homeless. This is extremely disrespectful and dehumanizing.

I grew up poor in the hood and we wished someone would come & give money out like this. And we wished money would fall out of a Brinks truck. I understand being dignified &donating to shelters and what not.That money was immediate gratification and there's nothing wrong with that

He couldn’t hand them the money pic.twitter.com/JSxoU1HW4H

There’s a lot of desperate ppl on skid row all this did was make a spectacle of their desperation and possibly incite violence and fights over cash. Why do this when you can do something more effective?