Houston Rockets Invite Lizzo To Shake With The Cheerleaders 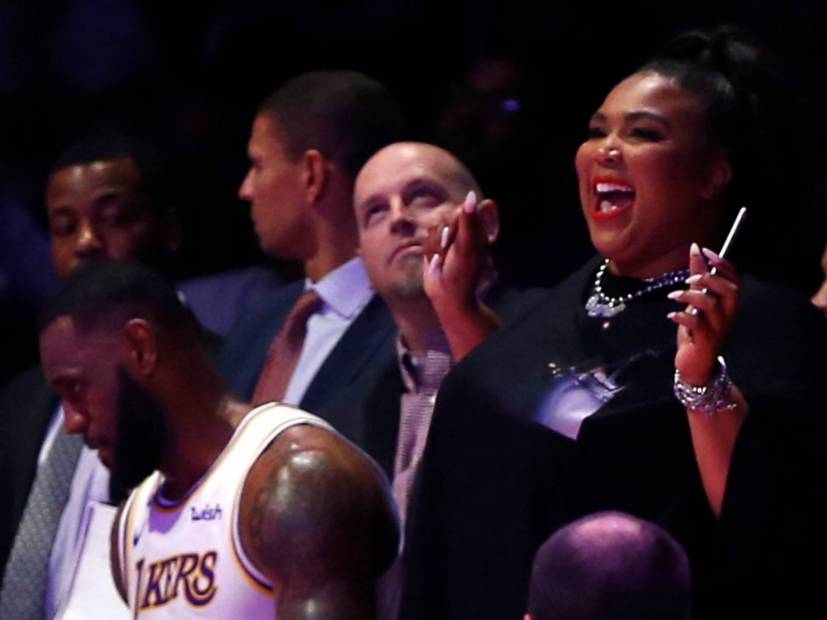 Houston, TX – Lizzo continues to shine even if her critics despise her recent moves. The “Truth Hurts” singer was invited by the Houston Rockets on Wednesday (December 11) to strut her stuff with the Clutch City Dancers.

In a tweet posted by the Rockets’ official Twitter account, the team shared their admiration for Lizzo’s confidence. “Lizzo, we like your moves! You can have an open invite to come home to Houston and dance with Clutch City Dancers on the court any time,” the tweet read.

💃@Lizzo, we like your moves! You have an open invite to come home to Houston and dance with @OfficialCCD on the court any time! pic.twitter.com/URCrkCUJPr

Lizzo, who moved to Houston when she was 10 years old, gleefully accepted the invitation with a tweet of her own that read, “I’ll be there w/ bells on my booty.” The Minnesota Timberwolves even chimed in tweeting a picture of Lizzo —who’s a big fan of Timberwolves star Karl Anthony Towns — sipping a drink with the caption “She’s a Wolves fan. The thirst…”

The singer-rapper made headlines for arriving at a Los Angeles Lakers game in an outfit that exposed her fishnet stockings and backside in a thong. When the Laker cheerleaders performed a routine to her hit “Juice,” the jumbotron showed Lizzo twerking and showing her thong to the camera. Social media erupted with all types of comments from full-on support for her daring outfit choice to fat-shaming.

On Wednesday (December 11), she was voted Time’s Entertainer of the Year.