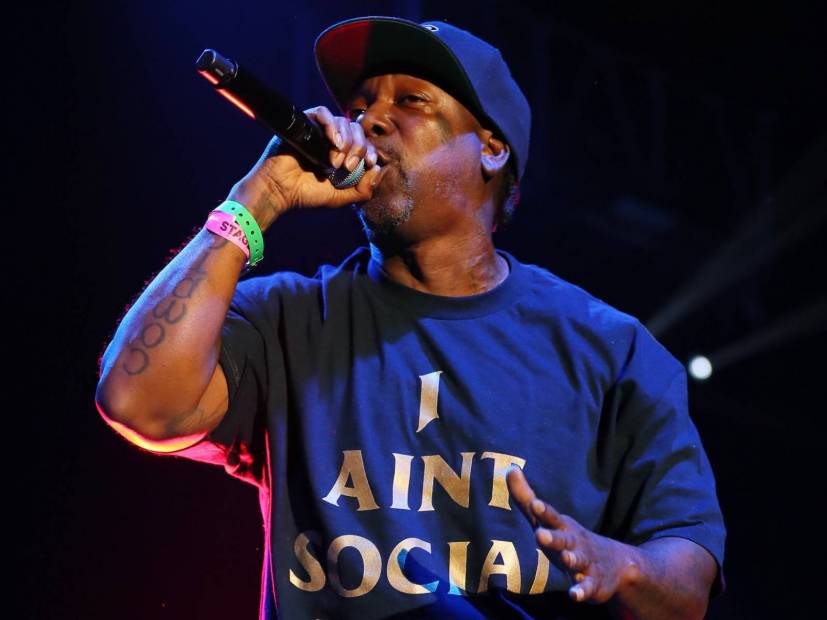 MC Eiht is currently prepping his next solo album, Official. Ahead of its release, the Compton’s Most Wanted MC has unveiled the pertinent details surrounding the project.

According to two Instagram posts, the double LP boasts 27 tracks and features guest spots from his fellow West Coast brethren Xzibit and Tha Chill as well as singer Cherell. In one of the captions, he promised no “goofy chit,” once again stressing the importance of remaining authentic.

“With the Hip Hop scene being so versatile and vast, there are many choices to acquire or please new audiences,” he explains to HipHopDX. “But in the aspect of tryna stand alone above the many artists and different elements, one must stay true to the foundation of what acquired fans in the first place.

The Compton-raised MC added Official will adhere to his West Coast gangsta rap roots in an effort to please his fans as well as school the younger crowds.

“In respect to my fans and future generations, I just felt I did a project that just followed my specific roots of my establishments in West Coast rap, so I put together the double project Official.

“I maybe have one more project I’m gonna drop next year called Lessons, which is more about tryna speak to the young homies and lessons learned going through gang banging, then indulging in Hip Hop and ultimately tryna gear towards the right lane, so stay tuned. Geah.”

Eiht dropped his last solo album, Which Way Iz West, in 2017. The project was executive produced by DJ Premier and included contributions from Lady Of Rage, Kurupt, B-Real, WC and Outlawz, among others.

Official is expected to arrive on Friday (December 27). Until then, check out the cover art and tracklist below.