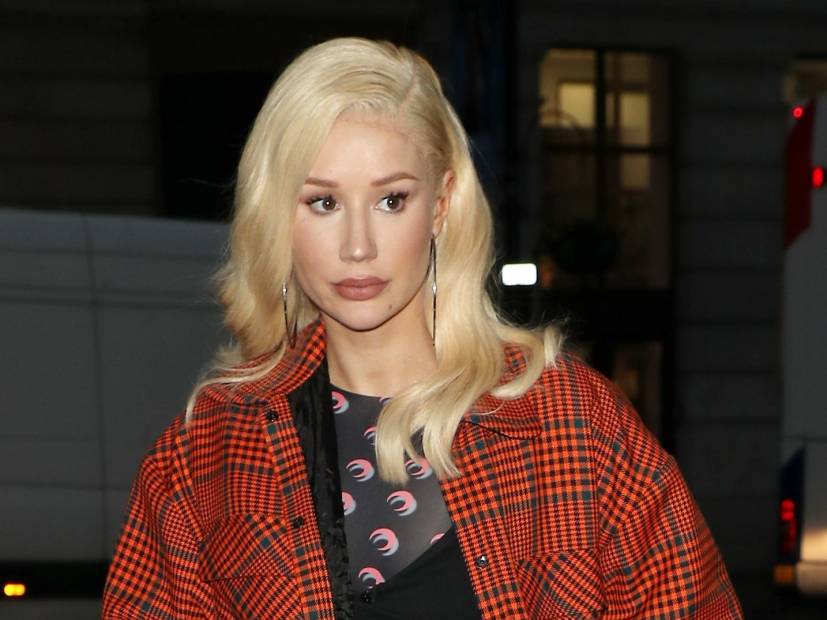 Iggy Azalea and her boyfriend Playboi Carti are reportedly expecting a child. According to Hollywood Unlocked, the Aussie rapper is six months pregnant, which would point to a March 2020 arrival.

Friends of the couple reportedly delivered the news, although they didn’t confirm whether it was a boy or girl. However, it’s important to note in recent photographs of Iggy, she looks svelte and nowhere near pregnant.

Iggy and the 22-year-old rapper have been dating since 2018. She was previously engaged to NBA basketball player Nick Young who currently plays for the Denver Nuggets. They broke up in 2016 after a video surfaced of Young admitting to having an affair.

The couple sparked engagement rumors in July when Iggy flaunted a massive ring on her left ring finger during an appearance on The X Change Rate. When asked if she was single, Iggy pointed to the ring and said, “No, I’m not. I’m not.” An engagement was never confirmed.

In December 2018, Iggy — who’s seven years Playboi’s senior — relocated from Los Angeles back to Atlanta where they now live together.

“Once I started talking to her, I just cut off everybody,” he told FADER. “It was over with.”

Azalea’s latest album In My Defense arrived in January, four years after her 2014 debut The New Classic. She recently got into it with her former mentor T.I. who referred to her as “the tarnish” of his of his legacy during a conversation with The Root.