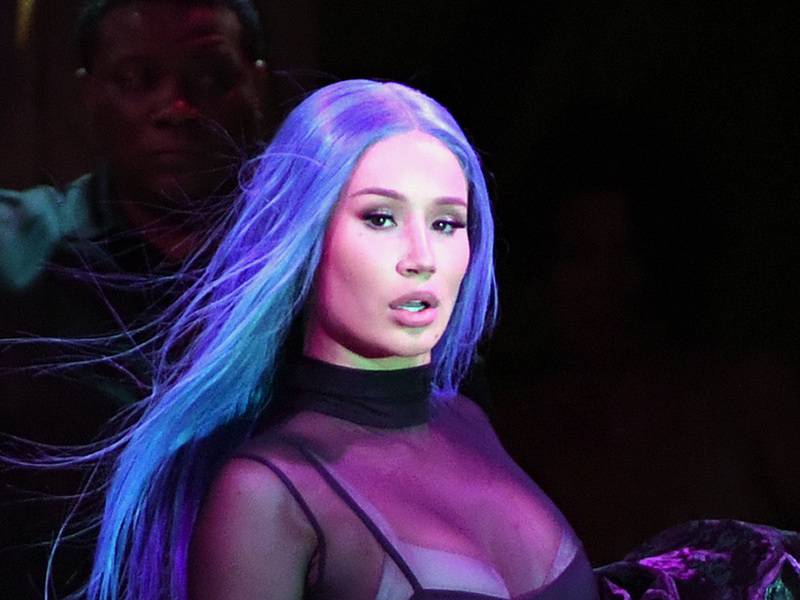 Iggy Azalea Claps Back At T.I.'s Criticism: "Worry About What Your Next Story Line Is For Family Hustle"

Iggy Azalea had plenty to say about T.I. after he criticized her once again. On the heels of calling her “the tarnish” of his legacy, Tip elaborated on why he feels that way on The Breakfast Club but received a swift clap back from Iggy via Twitter.

“As far as I’m concerned, I feel like when she found out white people liked her and she didn’t really need black people to like her anymore, she switched up,” T.I. said. “[She] started acting different, made moves that I wasn’t proud of that kind of placed my reputation in the line of fire. And she was very arrogant about it. And I feel like that energy led to muthafuckas like, “Ah, we ain’t fucking with that.'”

T.I. also made a comment about Iggy needing “help” when Charlamagne Tha God mentioned her using writers. This didn’t sit well with her, who pushed back at Tip’s involvement in her career.

“When will this guy shut up,” she wrote in a since-deleted tweet. “The only song you ever were a part of making was ‘100.’ Thankyou for that, but you were NOT a part of the creative OR executive process on that album. Which is why I’ve always taken issue with you trying to approximate yourself with it’s success.”

Iggy added, “Please move on and speak about artist you are (hopfully) actually helping, and stop trying to bring me up for relevance. I don’t bring your ass up, NO ONE is asking about you. I’m tryna be nice because I genuinely have better and more interesting things happening… But seeing a man speaking out of his asshole and blurting our one thing in public and another in private for years is really infuriating. Keep it pushing sweetie & worry about what your next story line is for family hustle.”

Oop! Y’all know it wouldn’t be long before #IggyAzalea would respond to #TI’s interview 👀 (SWIPE)