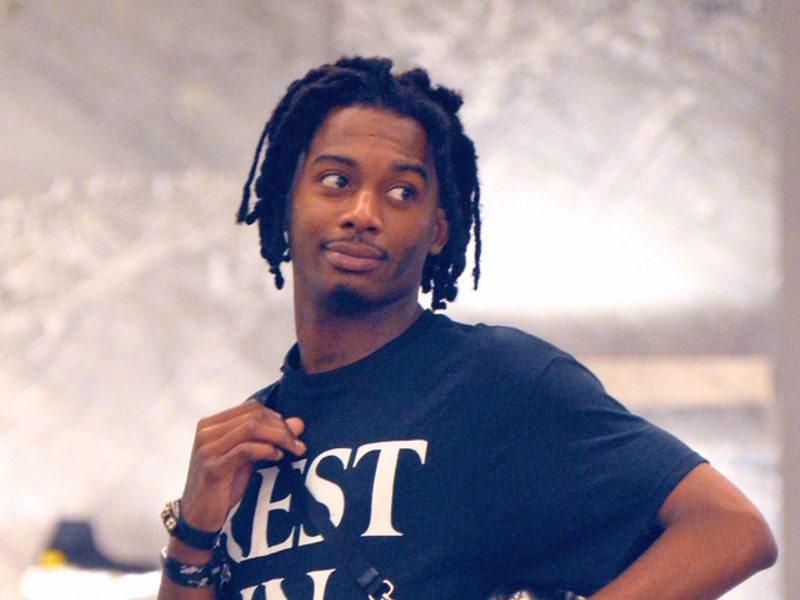 Scotland – Playboi Carti was ordered to pay a fine after being convicted for a February 2018 assault of a tour bus driver. According to the BBC, Carti was found guilty in a trial at the Dumfries Justice of the Peace Court in Scotland.

Carti, whose real name is Jordan Carter, was accused of punching a German driver and smashing a tour bus window after some vehicle complications arose. An issue emerged at a Scottish service station when the driver reportedly tried to fix a persistent heating issue but couldn’t get the vehicle to start again.

A replacement tour bus was obtained, but the new ride was apparently not up to Carti’s standards.

Alistair MacLeish, one of the drivers of the relief vehicle, testified that Carti began to cause a scene before attacking the original bus driver.

“I saw things being thrown around the tour bus and then a man ran across and punched the driver on the face, cutting him and knocking his glasses off,” he said, according to the BBC. “It was the accused Carter who had been standing with a group but as two guys tried to restrain him he wriggled past them ran across and punched the driver who stumbled back.”

He added, “The driver did not do anything to him and did not retaliate.”

Carti denied any assault took place but did admit to causing damages to the bus. His tour managers claimed he acted in self-defense and described the German driver as being “angry and agitated.”

The judge presiding over the case ruled against Carti and ordered him to pay a £800 fine, which comes out to around $1,030 in U.S. currency. £500 of the fine was set for the assault while the other £300 was for the tour bus damages.