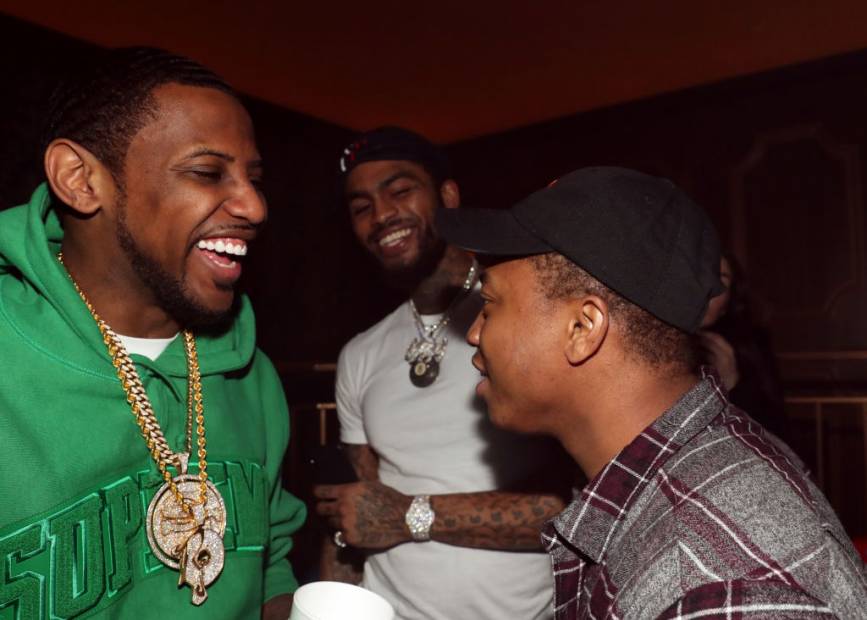 New York, NY – Fueled by the viral #DoTheShiggy challenge created by internet comedian Shiggy, Drake’s Scorpion track “In My Feelings” shot to the top of the Billboard Hot 100 chart in 2018. Drizzy ultimately thanked the New York native with a substantial cameo in the official video for the track, in addition to some social media love.

Now it appears fellow East Coast rappers Casanova and Fabolous have plans to recruit Shiggy, and his viral magic, for free 99 to boost the new #ChoosyChallenge, spawned from Fab’s Summertime Shootout 3: Coldest Summer Ever track “Choosy”.

@taylah_gvng & @_kidbreak took the #ChoosyChallenge to Time Square!!! 💃🕺🏿 Did they kill it ? Let these 2 young talents know in the comments!! If you feel you can kill this challenge, Choose a partner, do what y’all do best to my new single #CHOOSY… tag me & hashtag #ChoosyChallenge. Gonna repost the dopest & most creative posts!!

In a live video from his recent show, Fabolous is backstage with several notable figures such as Victor Cruz and Ryan Leslie, among others. Around the six-minute mark of the video, he and Casanova appear to press Shiggy for his services, requesting a post for the challenge. When the pair are met with a stiff request for payment, the mood in the room shifts as both rappers playfully make their case to Shiggy for the homie hook-up.

“I asked Shiggy to do a post for me,” Fab starts as he speaks directly to the camera.

Throughout the video, it all seemed to be fun and games within the group. Twitter, on the other hand, erupted with a flurry of messages shaming both Fabolous and Casanova for attempting to obtain free promotion from Shiggy.

Much like Casanova accuses Shiggy of doing the “In My Feelings” challenge for Drake, many utilized Drake as their hook and bridge explanation from why Shiggy was validated in his pursuits of a bag.

They saying he did the Drake one for free but the difference here is Drake ain’t ask Shiggy to do it. Shiggy used Drakes hit for his act. Fab tryna use Shiggy to make his wack ass song pop so yeah, you requesting his services and they ain’t free. Pay up or shut up. https://t.co/PCNcMAcOGI

Shiggy secured Drake’s biggest record of his career. Trust he got at least a bag and a half off that. Why would he do free shit for lesser artist after how evident his impact is?

Others remarked that a single post from Fabolous nearly five-years ago doesn’t cut it, in regards to a favor for a favor.

this is why I hate cameras because ppl just be chillin, joking w/ friends and ppl that were not there take shit out of context lol… regular twitter shit lol pic.twitter.com/iY5yDrene9

Funniest thing about this video is Fab is so unaware of his c list status that he thinks him reposting shiggy did anything for him 😂 https://t.co/q2475phgZb

Fab spends money on those stupid fucking outfits and ugly ass chains but can drop somethin on Shiggy for a post https://t.co/iIHVrY9N10

That Shiggy example is literally New York clout in a nutshell.

Then there were the, “if the tables were turned,” facing tweets.

If a nigga asked Fab for a feature, he’s charging. Can’t get paid in exposure. Give Shiggy his coins. https://t.co/xM2gVpQL4W