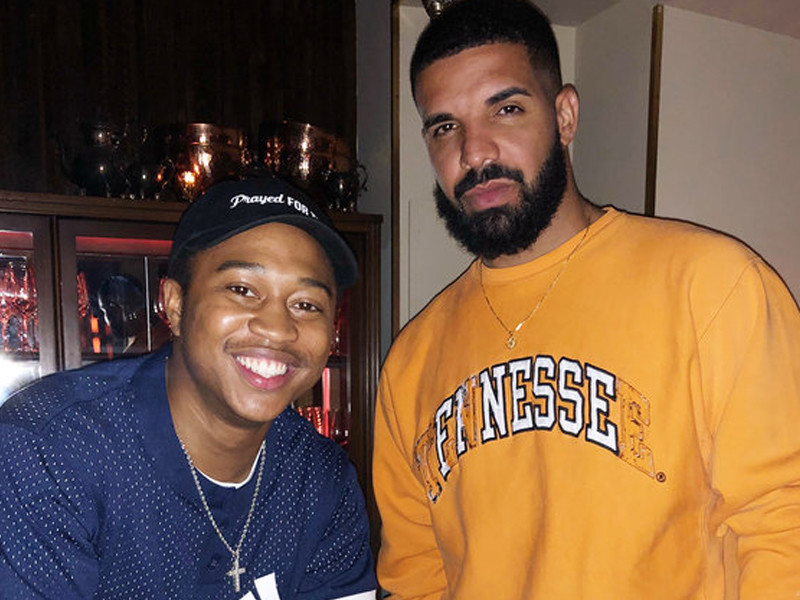 Watch Shiggy Press Drake For $250K "In My Feelings" Check

Internet comedian Shiggy, the mind behind the #DoTheShiggy viral craze that helped propel Drake’s “In My Feelings” to the top of Billboard’s Hot 100, has been rumored to be getting financially compensated for his help in the song’s success.

In an Instagram video, Shiggy played off the speculation and pressed Drizzy about the status of the alleged $250,000 payment.

“I heard you gave me $250K, I wanna know where my check is at bro,” Shiggy says to Drake in the video.

Drake responds, “When I called Universal [Records], they said it’s international from Canada to New York … it’s on the way.”

I Just Had To Ask @champagnepapi A Couple Questions ? I Heard He Got 250 For Me Where It’s At ?? Had To Tell Him It’s Too Late For All That I’m Ya Brother Shit ???

When asked again to provide a more specific date, the OVO star further claimed the payment was made via wire transfer, so it could take anywhere from 7-10 days.

While Drake plays up the awkwardness and Shiggy appears annoyed during the exchange, it should be taken with a grain of salt. Both men are known for their acting ability.

The two were able to meet in person on July 17, as seen in a video shared by DJ Akademiks. Drake is heard exclaiming, “Man got me a No. 1 record today!”

#drake thanks #shiggy for getting him a #1 record. How much y’all think the dance helped “in my feelings” be #1