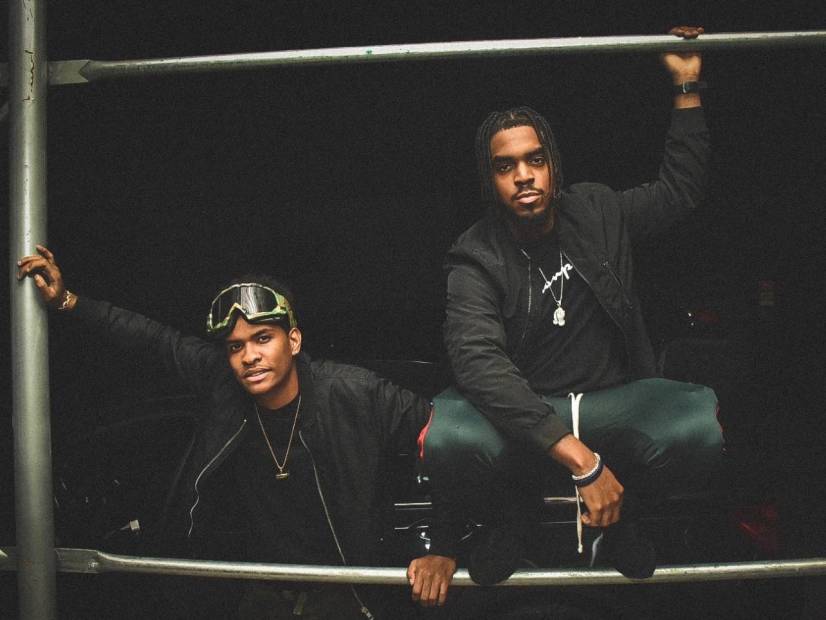 Detroit, MI – With so many new artists shooting their shot at cracking the music industry Jay Denero and Dre Cash-PLXTINUM are giving listeners an alternate sound to digest.

Collectively known as VixeVersa, the Detroit-bred duo born James Edison Davenport and DeAndre Marquis Nathan are prepping their self-titled debut project and caught up with HipHopDX to speak on what it’s like coming out the 313 during such a rich time for rap music.

HipHopDX: Give me an overview of who is VixeVersa and give me your individual aspects of what you guys bring to the group.

Dre Cash-PLXTINUM: What I bring to the table is the melodic side, the heartbreak side of it. I’m more of the higher tone of the two. He does more of the smoother shit.

HipHopDX: Do both of you guys represent Detroit?

Jay Denero:Yeah, we’re both from Detroit.

HipHopDX: Obviously, Detroit has a booming scene and you guys are pretty notable for making noise over the trap rap waves and everything. What is the climate out in Detroit? What is the Hip Hop scene in Detroit as you guys see it?

Dre Cash-PLXTINUM: Well, the Hip Hop scene is on fire in Detroit, actually. There are a lot of artists coming up from Detroit all telling their story. But how it is up there is really like gangster music. Like the hard, gritty side of Detroit and what we bring is a different wave of energy. We were one of the first artists to bring that new energy into the music industry from Detroit. So, it’s two different sides, really. But we can tap into that side, though.

Dre Cash-PLXTINUM: It’s very important. It’s where you’re from, it’s your roots, you know what I’m saying? This would signify Detroit. You hear Detroit, you already know what to expect.

Jay Denero: It’s a sound that’s all of that.

HipHopDX: What is the moment that you guys knew you were onto something, like you actually could have careers in music? Was it a song, was it a co-sign?

Dre Cash-PLXTINUM: There was just people, people all around us that I was so fucking confused.

HipHopDX: Do you mean as far as the reactions to your music?

Dre Cash-PLXTINUM: Yeah. It was also the tattoo.

HipHopDX: What do you think the song was that really took off for you guys?

Dre Cash-PLXTINUM: Really in the city, “100%” was the first song we ever put out. That was in 2016. He was doing shows in Detroit, going to all the parties turning up a lot and people seeing us a lot. They liked our energy and kept fucking with that song. So that was like, all right, we really got something.

Jay Denero: Reach as many people as we can with our music, be as worldwide as possible.

HipHopDX: Have you guys come across any co-signs that maybe validated you in the mission? Any of your fellow peers, any artists that you look up to?

Dre Cash-PLXTINUM: We don’t really need a co-sign. We’re from Detroit, you know what I’m saying? Other than that, we shake industry hands and all that.

HipHopDX: How long have you been at it?

HipHopDX: What happened to the other guy?

Dre Cash-PLXTINUM: He just didn’t know how to, you know what I’m saying, just be all for the group instead of all for one person. He just didn’t see eye-to-eye with what we wanted to do.

HipHopDX: It happens, that stuff. But after the adjustment, it feels like the movement took off, right? After you guys went from three to two?

HipHopDX: Lastly, when can we expect the full-length project? Are you guys looking to sign with a major label or will you guys be doing an EP drip, what’s the rollout of the new music?

Jay Denero: We actually are about to drop another single. It’s coming out soon. It’s called “Pedigree.” You should be expecting that.

Dre Cash-PLXTINUM: It will be expected around 2020.

HipHopDX: What is “Pedigree” about?

Any kind of disrespect, you know, check the pedigree.

HipHopDX: Do you guys have a name for the album that’s dropping in 2020?

Dre Cash-PLXTINUM: It’s going to be self-titled, VixeVersa. We think there will be seven tracks on there to really get an idea of our sound first and we’re putting it out independently.