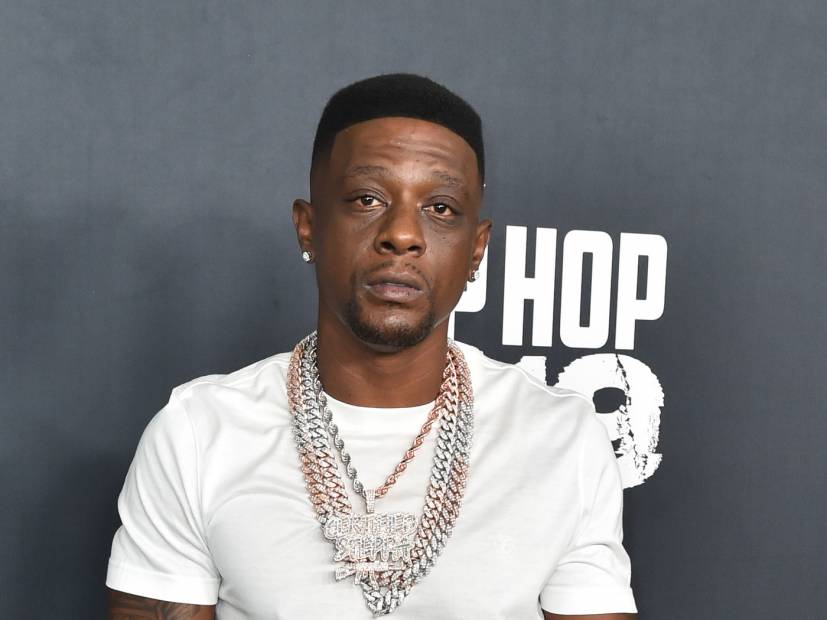 Boosie Badazz applauded Bobby Shmurda’s loyalty via Instagram, commending the incarcerated rapper for not snitching in a 2014 gang case.

“SOLID AS A ROCK,” he wrote. “It’s a shame how the world don’t glorify the REAL ONES SMH #freesmurda rats get mo love then the stand up guys, FAKE ASS INDUSTRY! THEY WANT ALL THE REAL ONES OUT THE GAME. THEY NEVER ACKNOWLEDGE THE REAL SMH Maybe its time for the real to EXTORT THE FAKE! WHO DOWN TO TAKE THESE N*GGAS SHIT WHO PUSSY?”

SOLID AS A ROCK ‼️it’s a shame how the world don’t glorify the REAL ONES SMH #freesmurda ✅‼️rats get mo love then the stand up guys ??‍♂️ FAKE ASS INDUSTRY ‼️THEY WANT ALL THE REAL ONES OUT THE GAME ? THEY NEVER ACKNOWLEDGE THE REAL SMH Maybe its time for the real to EXTORT THE FAKE ‼️ WHO DOWN TO TAKE THESE NIGGAS SHIT WHO PUSSY ?

Shmurda pleaded guilty to 4th-degree conspiracy to criminally possess a weapon and 2nd-degree criminal weapons possession in 2016. He is currently serving out the remainder of his prison sentence at the Clinton Correctional Facility in New York.

The once rising star was arrested and charged with felony criminal possession of a weapon, conspiracy to commit murder and more in 2014. Yet Shmurda chose a harsher seven-year sentence rather than turn on his friend and collaborator Rowdy Rebel to get less time.

“They offered me five and offered Rowdy 12,” he told Complex in 2016. “They said the only way they’ll give him seven is if I took seven too. So, you know, I had to take one for the dawgs.”

Boosie’s post comes less than a month before controversial rapper Tekashi 6ix9ine will be sentenced in his racketeering case. Boosie hasn’t been shy about his distaste for 6ix9ine, joining several Hip Hop artists in criticizing the rainbow color-haired rapper for complying with federal agents and testifying against his former gang affiliates.

Shmurda and 6ix9ine once collaborated on a single titled “Stoopid.” But during an interview with DJ Vlad in March, Shmurda vowed to never work with the polarizing artist again.

“I don’t even want to be next to that man — I’m good,” he told Vlad. “These muthafuckas would have everybody locked up. That’s why I tell these kids, too: These entertainers, they just entertainers. They ain’t living that shit they be talking.”

Shmurda is expected to be released next year. His next parole hearing is scheduled for August 2020.