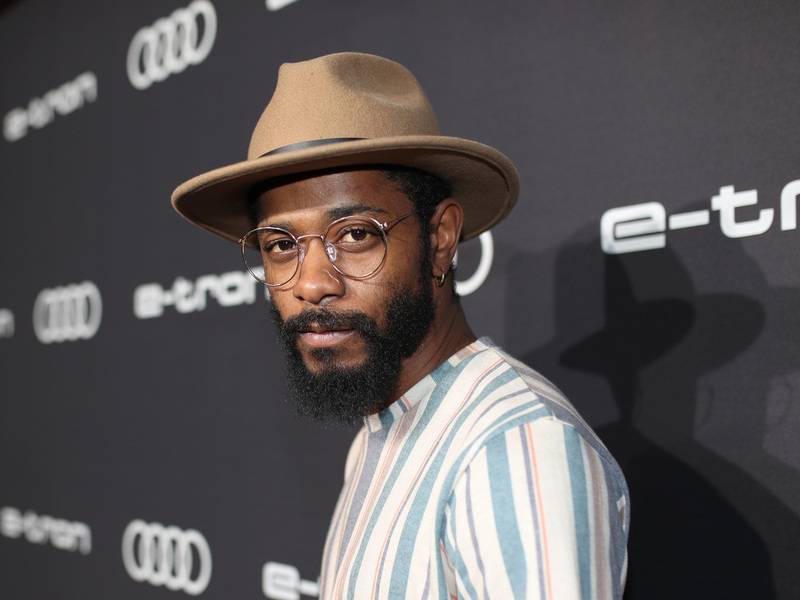 Lakeith Stanfield’s beef with Charlamagne Tha God has resulted in a diss track. After the radio host gave the star of Boots Riley’s Sorry To Bother You the “Donkey of the Day” for criticizing The Breakfast Club last week, the 28-year-old actor responded by taking aim at Charlamagne in a song titled “Automatic.”

The Charlamagne vs. Stanfield saga began when the latter called out The Breakfast Club and a few other media outlets for being anti-black. In a since-deleted Instagram post, the Atlanta cast member slammed the popular radio show as well as The Shade Room, Lipstick Alley and WorldStarHipHop.

“It’s a fact that a lot of these platforms are usually or tend to be feeding grounds for negative reinforcement toward BLACK ‘nonconformists,'” he wrote. “They bolster faux vanity and hold a white supremacists scope over black men and women often highlighting negative attributes and downplaying mind expanding ones. They serve as bottomless coward consumption pits and digital, audio, or otherwise slave mentatilty museums. @ all you want.”

Charlamagne reacted on an episode of The Breakfast Club by declaring Stanfield the “Donkey of the Day” and condemning claims of the show being anti-black.

“You can say any and everything about me,” he said. “I’ve damn near heard it all about myself online, but what you won’t do is ever fix your lips to call one of my platforms, especially The Breakfast Club, anti-black … I don’t know what the hell Lakeith Stanfield is talking about, but I do know myself, Charlamagne Tha God, in the nine years that I’ve been on this Breakfast Club, I strive every day to be the perfect balance of ratchetness and righteousness, alright. There isn’t another show out there that goes from Byron Allen to Blac Youngsta like it’s nothing.”

He continued, “Lakeith Stanfield, don’t you ever fix your raggedy-ass mouth to call the author of Black Privilege — because I truly believe it is a privilege to be black — anti-black, OK? Ask all those white people who call up every day complaining about me saying ‘cracka ass cracka’ or ‘mayonnaise’ or why everything gotta be black or white.

“Ask them if I’m anti-black. Don’t ever fix your mouth to call a brother like me anti-black because young king, I know for a fact you don’t take the chances that I do every day in the name of blackness. That’s exactly why you didn’t call out any white media outlets, because your publicist, your agent and those Hollywood executives you work for would have had a fit. You would’ve never taken that chance.”

Stanfield fired back with his “Automatic” single, which featured cover artwork of Charlamagne as a racist caricature and a line directed at the outspoken personality.

“I’m black, I’m Atlanta, I’m the Hall of Fame/Insecure, you afraid, you’s a Charlagmagne/Bitch, that pussy shit that runs yo lips I’m born to trip/I’m mixing up my blood with drugs and guns and gangsta Crip,” he rapped.

Stanfield also addressed Charlamagne’s comments about him in a video posted on social media, playing clips of the “Donkey of the Day” segment and addressing the radio host’s arguments.

Watch that response below.