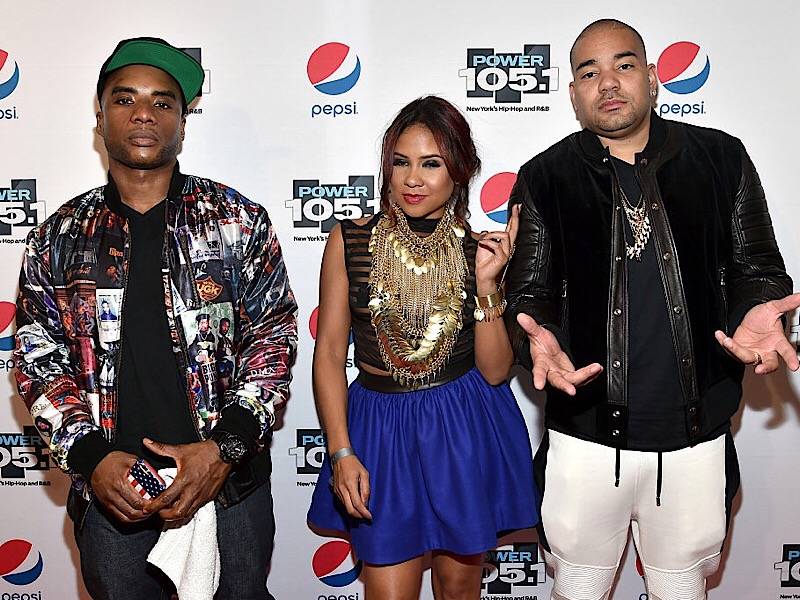 Following a recent back and forth with Gucci Mane over an alleged ban from The Breakfast Club — and the rapper’s subsequent October 17 interview with Charlemagne Tha God — Angela Yee addressed the situation in a new interview.

During his sit down with Charlamagne, Gucci called his Breakfast Club co-host Yee a ”punk-ass bitch” as well as threatened to run up on DJ Envy. It appears that Yee is taking particular offense to the lack defence on Charlemagne’s part.

When the situation came up in conversation during her sit down with Say What’s In Live TV, she asked her interviewers, ”Would you do that?” DJ Quicksilva responded, stating there would have likely been a conversation first.

Yee noted that she was aware of the interview taking place, but was nonetheless taken aback once seeing it.

“I just think that in general if you work with somebody and someone’s saying things like negative things — nasty things you can’t even say on the radio — you can’t just sit there and laugh and [let] something like that happen.”

“I have never called anybody out of their name. I think that’s the real issue.”

Gucci says that following his 2016 interview on The Breakfast Club, where he accused Angela Yee of coming on to him, he was banned. Yee, DJ Envy and Charlamagne have all collectively denied that claim.

This recent situation is causing personal friction between the trio.

One viewer noted in the comment section of Charlamagne’s interview that he isn’t a friend of Yee’s — just a co-worker, which he promptly liked. Yee reportedly stopped following “@cthagod” on social media as a result.