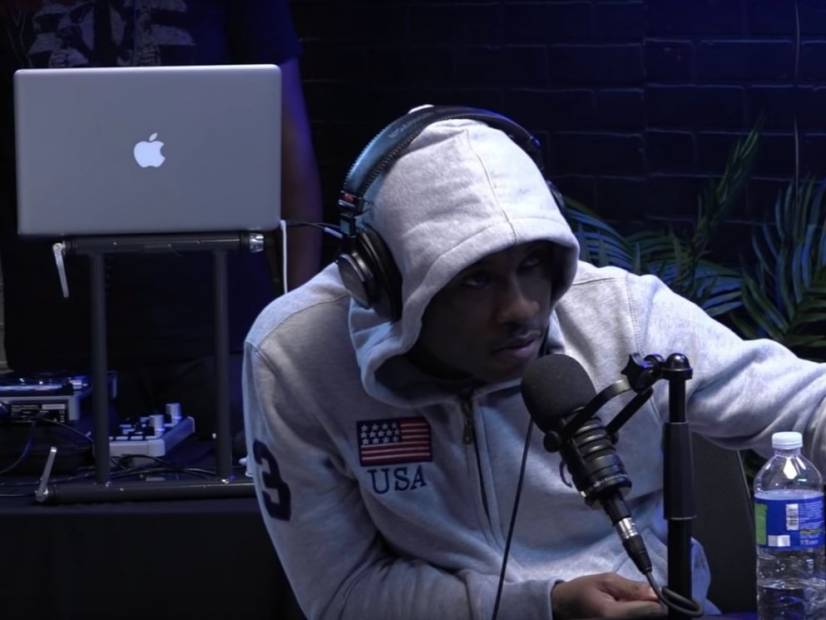 SpaceGhostPurrp is evidently not feeling Tory Lanez’s new Chixtape 5 project. With a gun in his hand and a young boy hopping in and out of the video screen, the Florida-bred rapper threatens Lanez for allegedly making a “whole album” about his girl.

“I got your girl bruh,” he says in the video. “She with a real nigga. You over hear making love songs about her and guess what? She’s over here kicking it with me … You gotta get your mind right, man.”

He later accuses Lanez of “stalking” his girl and adds, “You so much of a bitch, I’ll shoot you in your leg…and have you walk around with one leg.”

Elsewhere in the video, SpaceGhostPurrp pulls the woman’s hand into the screen and points the gun directly at the camera.

For over 16 minutes, the A$AP Mob affiliate continues clowning Lanez and bragging about how he stole his girl. He also goes in on T-Pain, calling him a “fat koala nigga.”

Watch the entire video above.