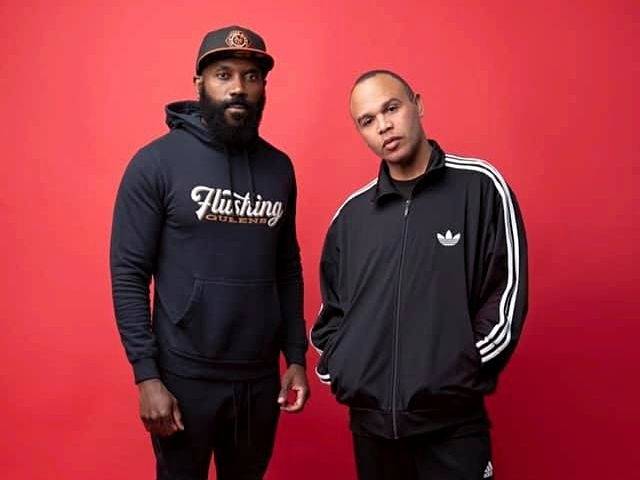 DJ Rob Swift and Mista Sinista paired up as Da Odd Couple last year, bringing their innovative and top notch turntablism to the masses as one unit.

Now, the two X-ecutioners have returned with their inaugural self-titled EP. Featuring five tracks, the project reinvigorated Swift’s passion for being a recording artist.

“It’s been a long time since Sin and I have collaborated together in the studio,” Swift tells HipHopDX. “To Sin’s credit, this endeavor was all his idea. He talked me into it. It’s been fun for me to reconnect with this part of my creativity. Working on this album with Joey has facilitated a way for me to experience myself as a recording artist again.”

Our first show as @daoddcouple was back on Saint Patrick’s Day of 2018. That’s nearly 2 years ago, 20 months to be exact. From state to state, a trail of bodies were left behind us and while we atone for the mess we’ve made thus far, we’re not done. Our debut EP “DA ODD COUPLE” drops this November 14th on @foolsgoldrecs. Check for the first single featuring @therealdmt Nov. 1st. And so as October comes to a conclusion, please know we’re taking aim at the music industry now, and positioning ourselves to bury more bodies. 📸: @photorobnyc

Sinista continues, “What sparked the idea for me to wanna record Da Odd Couple EP with Rob is the beautiful chemistry he and I have while creating together. Also, after all these years, it’s obvious we still have that passion and most importantly, unconditional love for each other as human beings.”

They both had a very specific goal in mind while making the project.

“Sin and I realize that many so called turntablist and battle DJs of today are disconnected to the roots of Hip Hop,” Swift says. “Not us though. Our DJ pedigree is traceable back to the originators of this art. And so our goal on this project is to reconnect DJing, the first element of Hip Hop, with its counterpart, the MC.”

The long history between A-Trak, owner of Fool’s Good Records, and X-Ecutioners also made going with the imprint an easy choice.

“Roc Raida [RIP] was the first out of the crew to take A-Trak under his wing,” Swift says. “Once he introduced him to the rest of the crew, we all took a liking to him. It was like he was our little brother.”

Sinista adds, “Whenever A-Trak was in town, Raida or Rob would bring him to my house in East Elmhurst, Queens to practice. The X-Ecutioners have watched A-Trak develop himself as a fierce DJ and he continues to make his mark in Hip Hop. This shared history makes Rob and I feel like our project is a perfect fit on Fools Gold.”