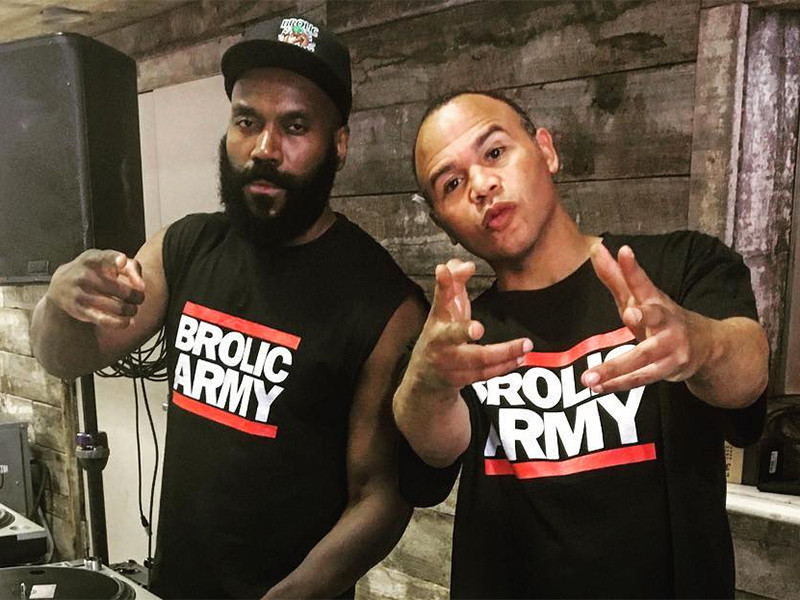 New York, NY – In the world of turntablism, it doesn’t get much better than DJ Rob Swift and Mista Sinista. As members of the legendary DJ collective the X-Ecutioners, Swift and Sinista established themselves as purveyors of the culture alongside the late Roc Raida, DJ Precision, Total Eclipse and DJ Boogie Blind since getting started in the late ’80s.

After 14 years apart, Swift and Sinista have reemerged as a new super duo, Da Odd Couple.

“Rob and I haven’t worked on music together ever since 2004,” Sinista explains to HipHopDX. “After the group split up, we all had separate projects we were doing and kinda lost touch. Rob was working on his solo project, and also with Precision and Eclipse. They were traveling as Ill Insanity. Roc Raida was DJing for Busta Rhymes and I was doing scratches for other different artists, so we all kinda were into our own things.

“Me and Rob always had a great musical chemistry together as well as a long friendship, and we realized that our fans still wanted to see us together rocking with each other. So, we decided to get together and start creating out of our love for the art without any expectation of nothing but creating a great set. Here we are now by the grace of God, doing a U.S. tour and a European tour soon.”

Swift, who also teaches the art of turntablism at The New School in Manhattan, has a clear mission in mind.

“Sin and I realize that many so-called turntablists and battle DJs of today are disconnected to the roots of Hip Hop,” Swift adds. “Not us though. Our DJ pedigree is traceable back to the originators of this art. And so one of our goals in reuniting is to showcase DJing at it’s most authentic, purest form.

“We’re not just up there showing off how fast we can scratch. Instead, we formatted our DJ sets to come off like a Hip Hop mixtape being performed live. So whether you just want to stand in front of the stage and watch us rock or dance to the music we’re manipulating, you’ll be entertained.”

Da Odd Couple played its first show on May 31 in New York City and will wrap up a summer run in Seattle on August 19. The duo will also perform as part of the Art of Rap Festival on July 14 in Aurora, Illinois.

Summer madness. #daoddcouple??‍♂️??‍♂️ #xecutioners #Repost @focusednoise ・・・ About a month ago, I announced we're working with the Art of Rap, and now it's all coming to fruition. Our first show is officially on sale. Let your people in the Chicago area know. They won't want to miss this one!