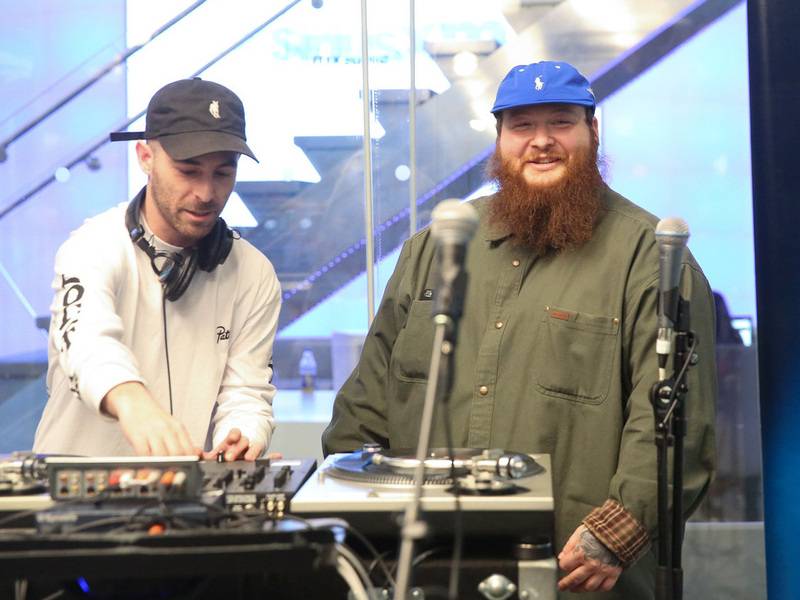 Action Bronson Teams With Alchemist For 'Lamb Over Rice' EP

Action Bronson has linked up with Alchemist for the Lamb Over Rice EP. The project’s arrival coincides with the vinyl release of their previous collaboration Rare Chandeliers.

Bronson’s new EP marks his first drop since 2018’s White Bronco LP. Alchemist, on the other hand, is coming off the release of his Yacht Rock 2 album in August.

Check out Bronson and Alchemist’s Lamb Over Rice stream, cover art and tracklist below.

[This post has been updated. The following was originally published on November 10, 2019.]

Action Bronson is teaming up with Alchemist for a new EP titled Lamb Over Rice. The co-stars of Viceland’s Traveling The Stars series announced their new project along with a vinyl release of their 2012 collaboration Rare Chandeliers via Twitter on Sunday (November 10).

Both the EP and vinyl edition of Rare Chandeliers are scheduled to be released on November 22. According to Alchemist, Lamb Over Rice will contain seven tracks. He also noted the Rare Chandeliers vinyl will come with some extras, including a download card.

ALSO A NEW @ActionBronson EP “LAMB OVER RICE” DROPS ON THE SAME DAY. 7 SONGS FROM OUT THE STASHBOX PRODUCED BY ME . YOU’RE ALL WELCOME!!!!!!!

Lamb Over Rice will be Bronson’s follow-up to 2018’s White Bronco LP. The album was his first independent release since his departure from Vice and Atlantic Records.

For Alchemist, the EP is set to arrive a few months after his Yacht Rock 2 compilation. The project included a track titled “Tropical Storm Lenny” featuring Bronson.

Listen to their latest collaboration below.