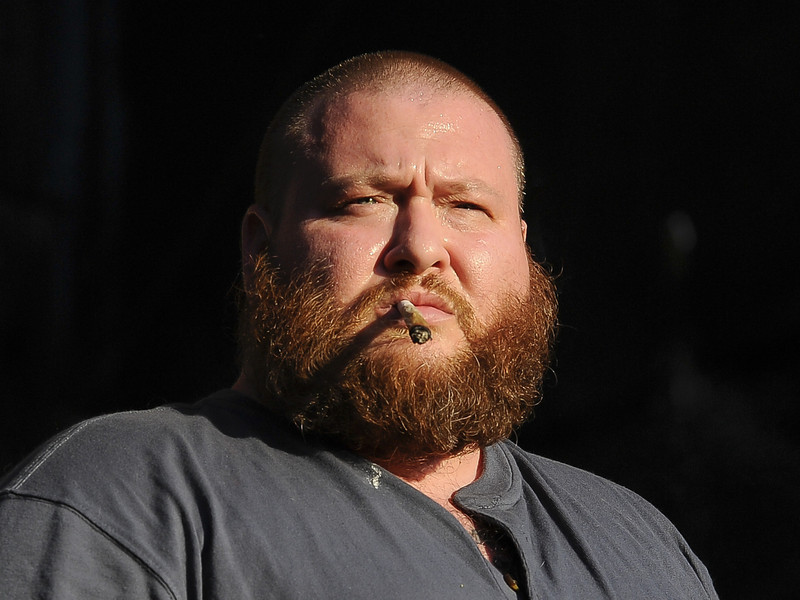 The co-host asked Bronson if Ghostface would be a good celebrity ambassador to the alien race. Just the mere mention of Tony Starks’ name threw the Fuck, That’s Delicious host into a funk and he immediately snapped, threatening to go WWE on the unsuspecting interviewer.

The host tried to change the subject and asked if he’s going back to wrestling to which Bronson said, “Nah but I’d like to slam you through a fucking wall.”

Note to self: don’t ask @ActionBronson about Ghostface Killah or he will get quite upset pic.twitter.com/2iZOpclpN0

Although the clip was put out by Barstool to promote the full Bronson interview, it marks the end of the road for their relationship. In later tweets, the co-hosts admitted Bronson stormed out and cancelled any further plans with the company.

According to @Barstool_Quotes, Dave Portney sad, “Action Bronson I think wanted to do a podcast with us, and he stormed out. He was supposed to meet with me and Erika after about doing something but he cancelled. Seemed pretty thin skinned.”

In 2015, Ghostface and Bronson had an awkward interaction at Sean Price’s funeral. There’s been bad blood ever since.

Here it is folks. Full interview with @ActionBronson and a recap of how it all went down