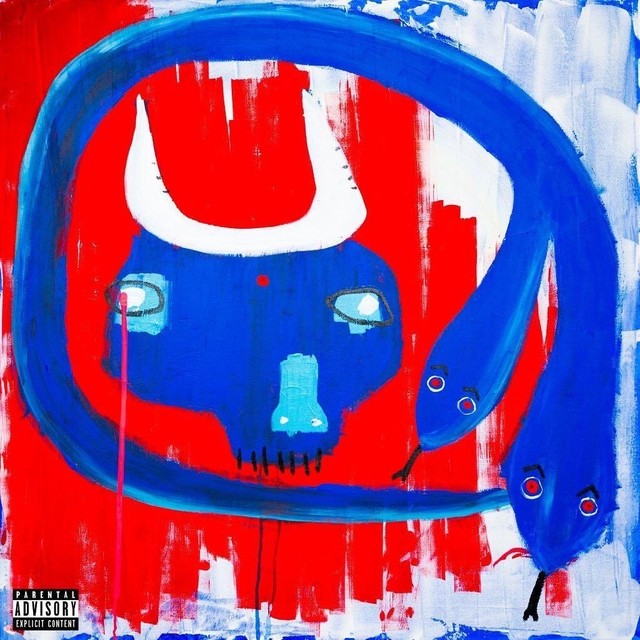 Whether it be on TV or on the mic, Action Bronson, the 34-year-old Albanian and Queens-bred rapper, exudes a level of everyman genuineness that is a rarity in today’s game of flash and façade. From his Viceland TV shows to most certainly his music, Bronsolino appears to be the exact same person when rapping, in an interview, on stage or even when whipping up the ultimate stoner sandwich. Not only does this make him hella relatable but also wildly entertaining.

Said realness is back in full effect on his fifth studio album, White Bronco. In an opposite Migos move, Bronson keeps this tracklist tight with only 11 tracks making the final cut (less than a 30-minute run time). This allows him to get all of his outlandish metaphors and similes off without rapping as long as the New York City Marathon – which he will probably never run.

Album intro “Dr. Kimble” gives listeners a handful of brag bars and a lot of horse neighs sound effects that prove the prowess of his sharpened pen but it’s “Irishman Freestyle” that sums up the epitome of Bronson’s peculiar rap charm. Over a classic Party Supplies sample loop, Bronson (a future Martin Scorsese collaborator) raps absurdly amusing lines like “I caught a DUI coming out the Trey Songz concert/Shit was bonkers, Bronson slam like Giannis/Mega wellness hat, I’m unconscious/Don’t drink gin and tonic/Only natural wine to be honest/Your chick plastic like fake rice from China/Staring in the mirror like, ‘I hate my vagina’.”

Not only are the records paced to precision but they’re also side-splittingly funny. “Brutal” also bodes some hilariously honest one-liners like “I’m glad I never used cocaine, ’cause I would be an addict/Running ’round town ass naked, chase rabbit/They found me face down at the Great Lake Tavern.”

Title track “White Bronco” is the album’s most well-rounded track thanks not only to Bronson’s no frills rapping but also to the production wizardry of the Special Victims Unit and Daringer. They cook up a boom-bap beat so pure that it’s like chicken soup for the Hip Hop purist’s soul. Those itching to criticize Bronson for limited range and a one-dimensional flow need look no further than “Swerve On Em” featuring fellow New Yorker A$AP Rocky. It’s potentially the closest thing Bronson has to a quote-unquote hit since 2015’s “Baby Blue.” Harry Fraud’s contemporary trap-esque production lets Bam Bam and Pretty Flacko get fancy with flows and a rap-a-long chorus. Perhaps not straight-to-the-club material but enough to get people out of their seats.

There is no denying that Bronson is one of Hip Hop’s most beloved characters and thankfully he continues to make strong songs and albums to back it up. With that said this album isn’t anything out of the ordinary for Bronson and might not be talked about or listened to this time next year.

The large majority of these tracks with the exception of the aforementioned A$AP Rocky assist could have very well appeared on last year’s Blue Chips 7000 or even 2015’s Mr. Wonderful. His set ups, hilarious ad-libs and punchlines might be refreshingly zanny but his formula for songwriting turns out to be rudimentary. For now, the casualness of his persona mixed with the ferocity of his rap abilities will more than satisfy his core fan base but touching ears beyond that is a fat chance.