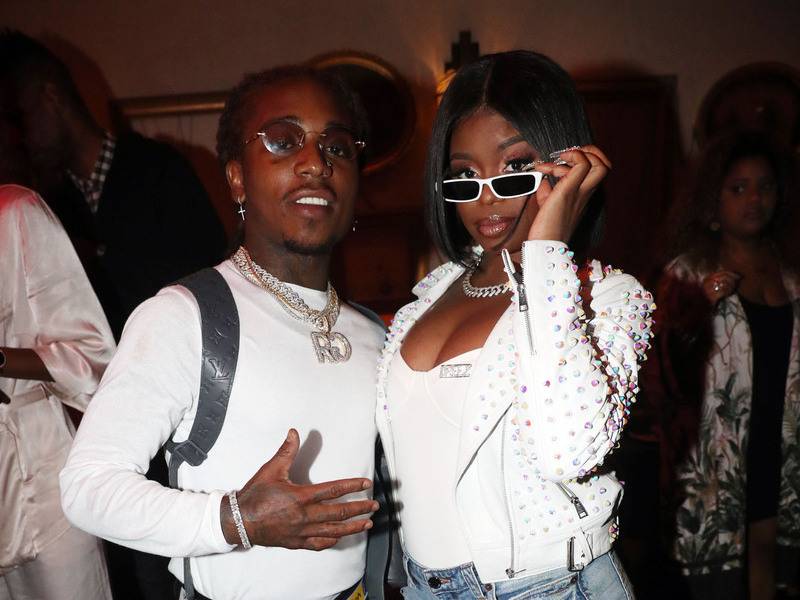 Dreezy has issued a warning to Jacquees. After revealing she broke up with the self-proclaimed “King of R&B” in September, the Interscope Records artist threatened to put her ex on blast via Twitter on Wednesday (October 30).

“When I air yo shit out on this app don’t say shit,” she wrote in response to Jacquees.

Dreezy was reacting to a post by the outspoken singer made on Monday morning.

“You can’t make me feel bad for decisions you made,” Jacquees tweeted.

When I air yo shit out on this app don’t say shit.. https://t.co/J2zMCEal0u

Things have gone sour between the former couple, but Dreezy had positive things to say about Jacquees while the two were still dating. In March, she spoke to Rap-Up about their relationship.

“He’s more than what y’all see on the internet,” Dreezy said. “I know y’all see the funny videos and the memes and the remixes and everybody think like, ‘Oh Jacquees…’ Every celebrity that you see on these blogs is a real person in real life. I used to be looking at him the same way, like, ‘Oh, there’s Jacquees.'”

She added, “When I met him, I’m like, ‘Oh, you a real person. Like, you got a mama, you got bills, you running a whole business.’ This shit not easy. I know firsthand ’cause I’m an artist. To kinda step around his world and his career and see how he handle it, I got nothing but respect for it.”

Although the couple is no more, Dreezy recently dropped a video with Jacquees for their collaboration “Love Someone.” The visuals were reportedly shot prior to their split.

Watch Dreezy and Jacquees in “Love Someone” below.