Review: Dreezy Is Unapologetically Herself On “Big Dreez” Album 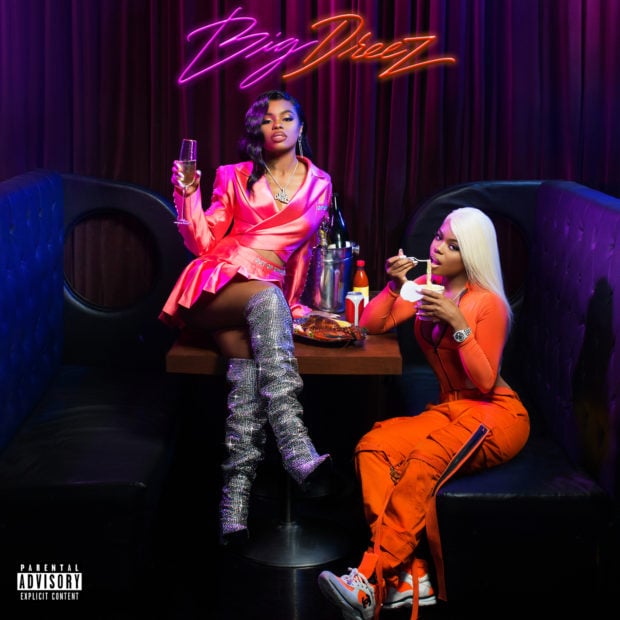 Despite putting out some strong projects over the years, Dreezy is far from a household name in today’s Hip Hop zeitgeist. This lack of mainstream awareness is the result of a couple factors, which include the timeline takeover of Cardi B and Nicki Minaj, who dominate the “female rapper” space.

The Chicago-born rapper also hasn’t dropped a project since her 2016 major label debut which was a surprising change of pace seeing she was flooding the streets with mixtapes, EPs and loosies galore before signing. But the time away makes her sophomore effort Big Dreez a stellar affair.

Whoever coined the phrase “good things come to those who wait” might not have had this album in mind but the saying wholeheartedly applies to Big Dreez. In short, the album packs a high octane tempo from start to finish. Southside’s iconic “8888808 Mafia” tag is used as a starter gun for the 100-meter dash of bars Dreezy runs through on the album’s first three songs. “Chicken Noodle Soup” and “Play Wit Ya” establishing her “fuck everyone” attitude and backs it up with the Kash Doll-assisted signature hit “Chanel Slides.” In every sense of the word, the song is an absolute slapper with equal parts catchiness, fiercely luxurious lines and a Pi’erre Bourne instrumental that should be treated with the same respect as the national anthem.

While the ten-song album boasts a blissful balance between feelings and flexing, Big Dreez ends with “Where The $ @” which really sums up Dreezy’s 2019 mood; “Bitches, they don’t like me/’Cause I think that I’m so damn important/Red light, no camcorder/Put you niggas in order”. It’s clear that Dreezy is ready to become a household name and is willing to showcase all sides of her artistic Rolodex to do so. If she can keep honing in on her bars, delivery and quality > quantity mentality, there is no telling how big Dreez can get.