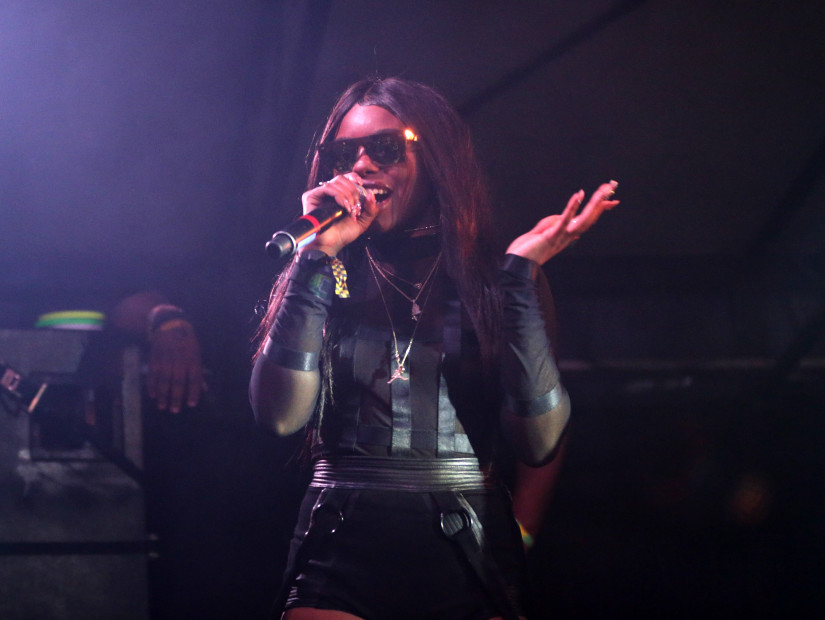 Dreezy's Points On Her BET Awards Snub Were 100% Valid

Anytime an artist gathers up the cojones to speak out in favor of themselves, the natural human reaction is to dismiss them for it. Sure, they have the opportunity to make more money in a month than most of their fans do all year but since the dawn of time, there has been an ongoing battle for artists of any nature to get properly credited (and paid) for their work.

That fight was highlighted once more when Dreezy relayed to her more than 100,000 Twitter followers that her exclusion from the 2017 BET Awards nominees for Best Female Hip-Hop Artist was pure manure.

Only female to drop a album last year, went platnium, vids all hit millions, 3 tours w/all niggas. No credit.Ima charge it to the game tho ?

See, the BET Awards are not a joke. As the internet gained traction over the past decade, so did the ability to push pop entities on the masses, thus rubbing out the more urban-rooted sounds of the culture. The BET Awards (and its little cousin, the BET Hip Hop Awards, for that matter) have done a fantastic job of showcasing the best talent of Hip Hop and R&B in a time where adjacent award shows look to the aforementioned genres to suit their own interests above all.

Their ascension into relevancy arrived back in 2009 when they turned water into Yellow Tail by totally remaking the 2009 event when Michael Jackson had died just three days prior. The end result was a 61 percent increase in audience over the previous year, according to Nielsen Media Research, and an entrustment by the people that still holds strong to the present day.

In the case of the Best Female Hip-Hop Artist category, however, the scenario does play out a bit like a running gag. Since 2010, Nicki Minaj has waltzed away with the award, creating a likely unbreakable record of seven (and counting) consecutive wins. A couple of years ago, I went on record to say The Pinkprint was on pace to become the biggest female rapper of all time — a claim that came to fruition not long after. Millions on top of millions of records sold. Aretha Franklin’s Billboard record — shattered. Forget the sky, outer space is the limit. So for her to rack up those “automatic” BET Awards is still more humorous than hyperbole.

Still, when Dreezy patted herself on the back for her own accomplishments, critics should’ve paused the scoffing and heard her out. Check the stats within the last year or so of the MCs who did get nominated.

Nicki Minaj: Hasn’t released an album since 2014 but absolutely slayed on the guest appearance circuit (Ariana Grande’s “Side to Side,” DJ Mustard’s “Don’t Hurt Me,” DJ Khaled’s “Do You Mind,” etc.). Lately she’s been busy pushing the limits of Instagram’s no-nudity policy, dealing with Meek Mill breakup stories and facing “Shether” from Remy Ma.

Remy Ma: Took it “All The Way Up” at the Grammys with Fat Joe and French Montana, followed that hit single with a lukewarm album, and released the semi-provoked “Shether” diss track toward Nicki Minaj that was off the blogs in a little over a week (partly thanks to Nicki’s silence).

Missy Elliott: Hit the top of the year with yet another pump fake comeback with her “I’m Better” single, the follow-up to 2015’s “gotcha!” moment in “WTF (Where They From).”

Cardi B: Got the honor of having HipHopDX’s worst album of 2016. No way we’re co-signing that bullshit nomination.

Young M.A: Hit it big with her “OOOUUU” single (which featured HipHopDX’s best beat of 2016) but judging from the quality of her newest EP, it’s time to go back to the drawing board before the paint dries up.

As for Dreezy, her bloated yet promising debut album, No Hard Feelings, hit the middle of the Billboard 200, earned her a platinum single for her “Body” duet with Jeremih, and, like she stated, cracked millions of views on YouTube with the project. “Body” hit the highest with 42 million views, while the lowest (“Wasted”) still hit nearly 7 million.

Don’t Forget The Street Cred: The Chicago native still hasn’t let success change her presence in the hood, for better or worse.

This isn’t an open call for Dreezy to break Nicki Minaj’s star trophy streak. Accolades go a long way but every rapper with estrogen these days has mountains to move before they can catch up to Black Barbie.

But one should never shortchange the distinction of being recognized. Even if it’s the subject who’s doing the championing.