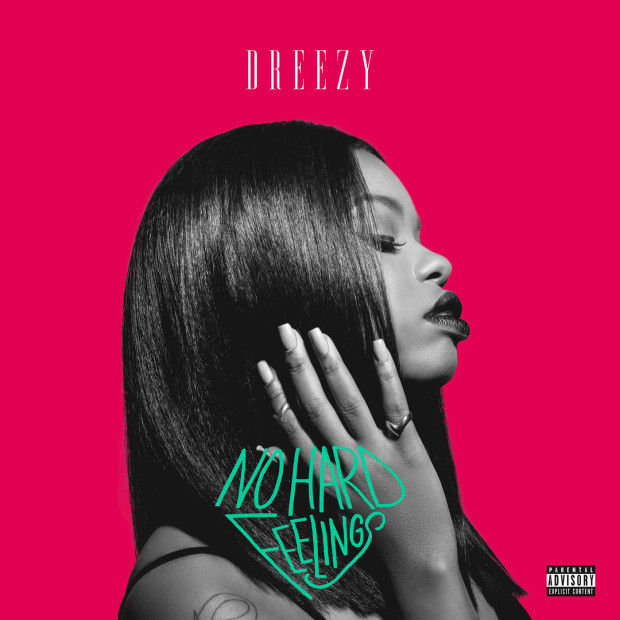 Chicago rapper Dreezy gained national attention when she snapped on Nicki Minaj and G Herbo (f/k/a Lil Herb)’s “Chi-Raq,” showcasing her ferocious lyricism over a hard drill beat by the trio of Vinylz, Boi-1da, and Allen Ritter. Rap fans favored her version over Nicki’s, catapulting her name into the conversations of rappers on the come up alongside Sasha Go Hard and Katie Got Bandz. Even Common, Chi-Town’s Hip Hop veteran, collaborated with her on Nobody’s Smiling, a sign that he noticed her talent and potential early on. Since that big look in 2014, Dreezy has expanded her sound heard on her excellent Schizo mixtape and her recent From Now On EP, which is entirely produced by Metro Boomin and 808 Mafia. On her proper album debut, No Hard Feelings, the 22-year-old spitter is exploring new territory with her music, pushing herself to address topics of love and fame through a more mature perspective.

Seandrea Sledge is taking control of her life and career as an independent. In an interview with XXL last month, she talks about letting go of her obligations to her longtime producer D. Brooks Exclusive and her boyfriend in order to focus on her wants and needs. She’s hitting the reset button, illustrating that mentality in her 47-minute set that doubles as a personal story about her finding new love after learning that her boyfriend Jamal could be cheating on her. While the skits are a window into her life, there are a few strong records that highlight her technical ability to make these perspectives relatable for any woman in this situation. The second song, “We Gon Ride” featuring Gucci Mane, is a best friend anthem, perfect for newly singled friends who want to hit the town. “Body,” which could easily be her hit record, is fit for the summer, pairing Jeremih’s translucent falsetto with Dreezy’s catchy verses.

Elsewhere, Dreezy works well with other established names like Wale (“Afford My Love”) and T-Pain (“Close to You” featuring production by Terrace Martin), which shows just how these collaborations will help her crossover. (She would shine on a record with August Alsina or Bryson Tiller.) She’s also getting comfortable with her singing voice, where you could draw comparisons of Dreezy as the female Drake on tracks like “See What You On” and “Ready” that contain the same vulnerability of an artist sharing their desires to the world. The major difference with Dreezy isn’t pandering to sad themes but projects a strong woman who knows exactly what she wants.

Some faults of Dreezy’s album is that it sounds like a combination of the current trends in Hip Hop. Her single, “Spazz,” is TM88’s attempt to give her an elastic beat so she can mold her flow like Future’s. The same goes for “Bad Bitch” which has the same moody atmosphere of a Drizzy record. These all leave listeners to believe that she’s more of a chameleon than a trendsetter, who isn’t paving her own path like her fellow Chicagoans Chance the Rapper, Mick Jenkins, and Towkio have done already. Still, the young MC has barely scratched the surface with her legacy. As a fan, you’ll appreciate the effort of No Hard Feelings, but you’ll wonder why she didn’t make a louder impact with the bigger platform she’s now on.