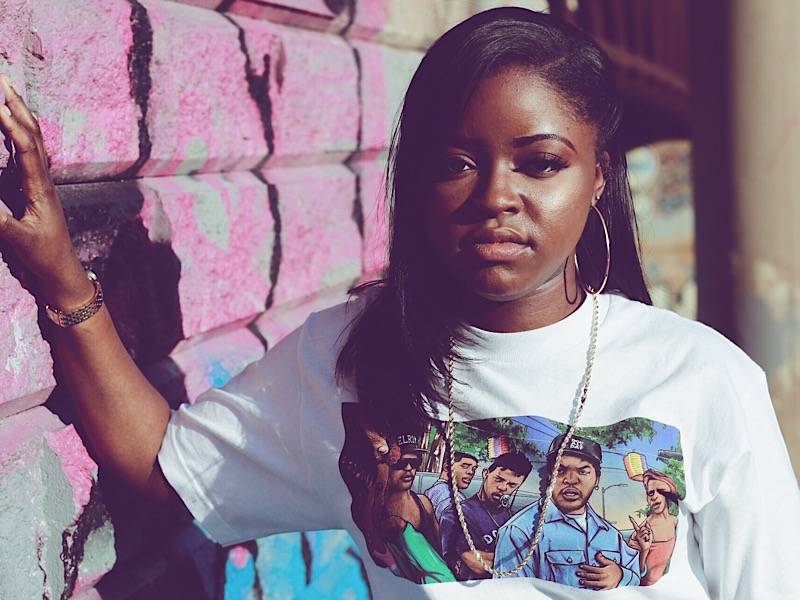 Buffalo, NY – Buffalo, New York is continuing to prove itself as a mecca, leading the new wave of raw, independent artists climbing over the rubble left when Griselda Records knocked down the wall. For Buffalo native Che Noir though, her career didn’t begin with looks from the storied label. Instead, it was her affiliation with Trust Comes First Music Group, founded by Rochester-bred rapper/producer 38 Spesh.

“I was friends with [38 Spesh] on Facebook for a month before I even sent him music,” Che tells HipHopDX. “My friend was trying to push me to send him some music, but at the time, I didn’t have anything that I would say is professionally mixed.”

As she explains, a few months before connecting with Spesh, she had gone to Chicago to record a project with a producer out there. Things didn’t go the way she hoped with the planned EP, so she consequently ended up releasing one of the tracks as a single.

“I sent that single to him, and within like maybe three minutes, he got back to me,” she says with a laugh. “That next day, my cousin and I drove out to Rochester … he told me immediately he wanted me to be a part of the team.”

And that’s a whole fact #trust

Spesh has been bubbling since the release of his Out On Bail project. He’s since released 10 solo albums in addition to collaborative projects and become a staple on the scene. Taking Che under his wing, he produced the entirety of her breakthrough Thrill Of The Hunt 2 project.

With a slew of buzz-worthy guest features floating around and her official debut LP The Essence looking at a late 2020 release, she assures us she going to leave her fans in a drought. She is putting in work and notes that she plans to drop something new before the ball does on January 1.

“I can’t announce the name of the producer, but I have an album that I’m working on with a very, very dope producer,” she says. “I’m also working on a project with Spesh called Gun Crazy … It’s inspired by the early Bonnie and Clyde film.”

Though many are just getting interested as of late, she points out that she’s spitting at her current caliber for more than a minute.

“That’s how I was rapping on my first mixtape,” she notes. “You know, I didn’t have the resources at the time that I have now.

“I get a lot of people that come to me and tell me I help them get through the day … that’s always been a goal for me to help people get through whatever they got going on,” she adds, explaining that her buzz had prompted new fans have begun exploring her back catalog of music.

Che’s ability to attain notoriety for her skills without having to pander her brand to any mainstream pressure is something she doesn’t take for granted in any way.

“When I started taking my music seriously, I had a lot of people in my ear telling me that I had to have a certain image to get heard by people,” she says. “And my response is always, ‘I’m going to be myself,'” she says. “I can’t be anybody other than myself.”

She recalls advice she received while in Atlanta for a show.

“As a woman, we’re often stereotyped in the industry. So, if we’re tired of being stereotyped, why continue doing things to perpetuate that? My goal was just to stand out and do something different.”