Masta Ace Recalls The Good, The Bad & The Ugly From His Time On Cold Chillin' 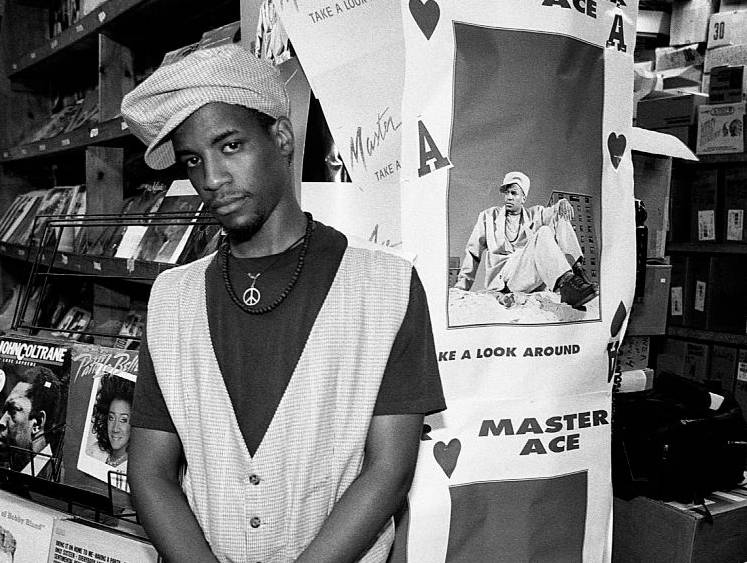 Hindsight is a funny thing when it comes to Hip Hop. As the genre celebrates five-plus decades, we look back at certain eras frozen in time with a certain reverence that cannot be easily explained to generations that did not get to witness it. The era of the Juice Crew and Cold Chillin’ in the late 80s and early 90s was one of those time capsules that remains emblazoned on the minds of fans that were lucky enough to live in that moment.

As a member of Juice Crew, Masta Ace helped write a significant chapter in Hip Hop history and though he may not have known it at the time, cemented a legacy that would stand the test of time.

HipHopDX: If it wasn’t for Cold Chillin’, what do you think you would be doing right now?

Masta Ace: My guess is that I wouldn’t be in the music business. I wouldn’t have had a 30-year career in music and I probably would be a big wig at one of these advertising agencies somewhere in Manhattan or around the country living an entirely different life than I am now.

HipHopDX: Did you have any idea at the time that what you were doing would become such a romanticized part of Hip Hop’s story?

Masta Ace: I couldn’t see the long term big picture of what I was involved with. My only goal was to hear my record on the radio. Once that happened I’m like, “I’m good.” I didn’t look at it like it was a big deal because I thought it was something that was gonna be short lived. I could see history being made around me like Big Daddy Kane when he came out. He came out before I was even signed to the label but I knew he was special, then Kool G Rap, and then Biz Markie had that big hit (“Just A Friend”) and as all that was happening I’m realizing this is kinda cool. This is a good little time period we’re in, but you don’t have foresight to think about what it’s gonna mean in 20 or 30 years, you’re just living in the moment.

HipHopDX: For years, there was talk of a “Vapors” project. Is there still a possibility of that happening?

Masta Ace: It’s not a completely dead project yet. There’s still stuff behind the scenes being worked on here and there. The rights to the story have kind of changed hands a couple times so it’s unclear exactly who controls the rights but it’s not totally dead yet. There’s a few court cases going on and we’ll see.

HipHopDX: Before social media fans didn’t get to see all the behind-the-scenes moments. What were some memorable moments for you that the world never saw?

Masta Ace: One of my most memorable stories up at the office. It was the day I was going up there to get a check or something like that and when I got there the door to the office was dented at the bottom, like bent all the way in to where you could actually see inside and they had it locked. When I finally got in everybody was really in a panic and come to find out that Just-Ice had come up there and somebody owed him money, I don’t know if it was Tyrone or Lenny or whoever but they owed him money, they promised him money whatever the situation was, and he was trying to get in and he kicked the door almost off the hinges in doing so. I remember thinking “whoever did this was mad.” There was always things like that happening there because of the way they did business. That was one of the more memorable office stories that I could think of.

As far as in the studio, Marley and I used to work until the wee hours of the morning at his place out in Spring Valley. He had just moved there it was pretty new. I remember one day, and remember this is the early 90s so he had already done [Walking With a Panther] right in that time period, so “Mama Said Knock You Out” had come out and hit was huge and he got an ASCAP check while I was there. I had never seen an ASCAP check with that many zeros on it. I was like “This is just from this one project?” And he’s like “yup.” It made me realize what music could do for you in terms of lifestyle.

HipHopDX: So going off of that, what were some of the lessons you took away from your time there?

Masta Ace: All the lessons I took away from that label were cautionary tales more than anything else. Knowing how to handle your business because people are out to do you wrong if you’re not careful. I watched them do other artists wrong, including myself, and how they handled money and wasted money, squandered money and really squandered a lot of careers in a lot of ways. When I look back and see how impactful Cold Chillin’ was and could have continued to be. They were literally neck-and-neck with Def Jam at a certain point in terms of hit records and in terms of sales, artists, everything and they went one direction and Def Jam went the other direction. It just let me know you could be in the midst of a moment that seems like it’s going to be great and if the wrong people are leading the way all of that can just come to a halt real fast.

HipHopDX: We recently lost a Hip Hop pioneer in Jimmy Spicer. Did you have any fond memories of the late legend?

Masta Ace: I didn’t meet Jimmy until very recently. It was last year actually, 2018. A friend of mine opened a studio in Manhattan. I was going there to see his studio for the first time. On my way out as I was leaving, there was a guy in the front who had on the uniform, blue shirt, blue pants, dressed like a maintenance person. He had the keys and he was out front, and I’m walking past him, making the assumption this is the maintenance guy for the building, which he was and the guy who I was visiting said “you know who that is right?” And I was like “no.” He was like “that’s Jimmy Spicer.” I was like “What?” And I turned back and I met him, I took a picture. I was like “Yo man, you made “Dollar Bill Y’all,” you made “Super Rhymes.” I couldn’t believe that he was just chillin,’ just at work minding his business. After that I got to meet him two more times. Once at an Awesome Two party the same year and last summer at a Video Music Box event that they had. I knew his music but I had never met him and I was blessed to meet before he passed. Rest in peace Jimmy Spicer.

If you’re in the Los Angeles area there will be a book signing and discussion with Ben Merlis open to the public November 1st.

If you’re in New York, there will be a book signing and discussion with Masta Ace at powerHouse Arena in Brooklyn open to the public November 14th.

Pre-order Goin’ Off: The Story of the Juice Crew & Cold Chillin’ Records here