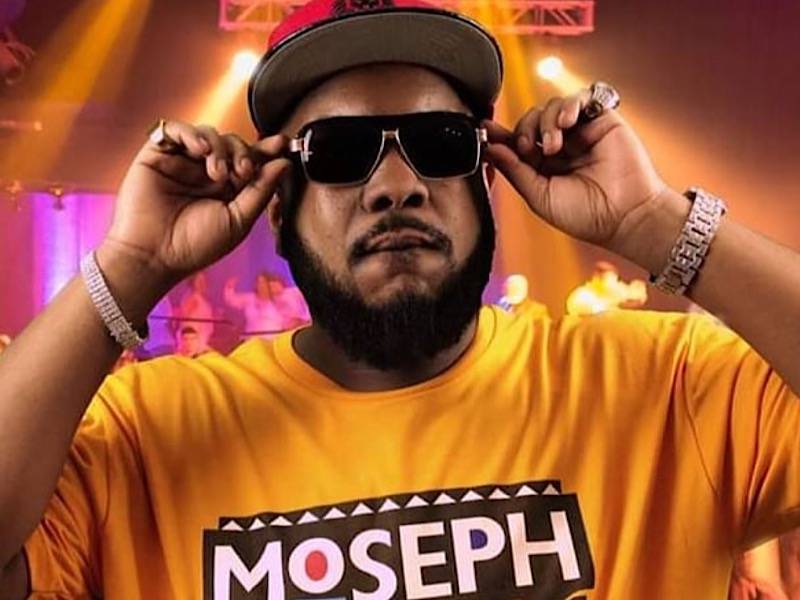 Washington, D.C. – There are plenty of lanes into the music industry, but Washington D.C. rapper/producer Crank Lucas has found himself relishing in one of his own. Having begun making music at the young age of 11 — and being the product of a musical family — the “making music” part came naturally.

As he explains to HipHopDX, it was the pursuit of comedy that pushed his career over the edge.

“I actually wanted to do comedy before I started really pursuing music,” Crank says. “I wasn’t raised around a family of comedians, so that’s a skill that I had to work towards.

“It wasn’t even something that I really decided to jump out there with.”

In 2015, he began making the skits that made him viral enough to kick-start his following — which now tops half a million subscribers.

“I always tried to infuse comedy into my music in some kind of creative way … everything popped off and, you know, just took everything to the next level,” he states.

Fans have since become obsessed with his insanely accurate portrayals of different types of artists in his largely humorous — but sometimes profound — videos. Though one of the more lucrative elements he notes is the production, which he does himself.

“The whole point of even doing this in the first place was to promote my beats,” he says with a laugh.

Self-produced as a solo artist, his next play will be rebranding his production catalog.

“I haven’t focused on the production as much, so right now as we speak, I’m in here revamping my website and organizing the beats,” he explains.

As he goes on to elaborate, it’s not something that’s deliberate. Quite brilliantly, if you watch a large portion of his videos, it becomes evident that he is able to nail just about every sub-set of Hip Hop. So on a project to project basis, he’s never trapped into one box, stylistically.

“I’m in the creating stage of the album and I have an idea where I want it to sound like and where I wanted to go … but tomorrow I might change my mind.“

What also becomes abundantly clear is that his actual projects are not to be confused with certain types of artists he portrays in his skits.

“I’m not making a name for myself, you know, making a song about overdosing on drugs. It’s funny, it’s entertaining. It sounds good. But if that’s not my shit, I’m not going to put it out,” he explains.

When asked if stand up is something he’d ever considered, he says that he sees it as a natural progression that he will likely become a future pursuit.

Currently, though, he seems focused on his music and building a brand that seemingly catapulted and has yet to hit the ground. It’s something he is taking into his own hands.

“My purpose is to entertain people … my entertainment comes from being up there on that stage with that beat,” he says.

“I’ve been doing these videos since 2015 and when I started, they went viral pretty quickly. So, I’m just trying [take a step back] to get the whole brand and everything to that next level,” he says. “I’m doing it, but there’s a lot … It’s a lot of work.”

Check out all of Crank Lucas’ video on his YouTube channel. Stream his latest project, It Ain’t Fair, now via Spotify.