Interview: Dizzy Fae On What Makes The LGBTQ Fanbase So Special 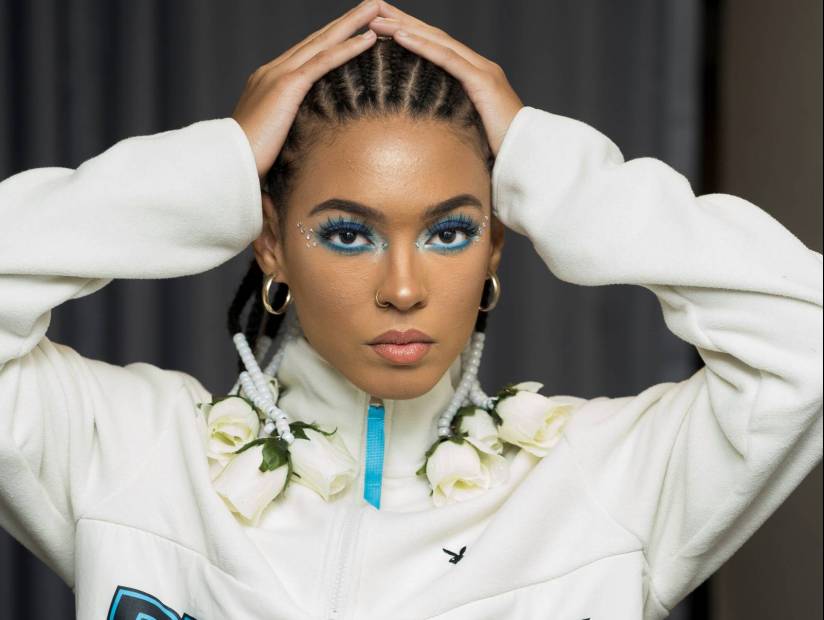 Minneapolis, MN – With so many outlets for people to become stars without help from the proverbial “machine,” younger artists are increasingly taking the post-genre Donald Glover approach to artistic expression.

Dizzy Fae embodies that boundless approach to creation and last week in her home state of Minnesota, the “NO GMO” artist teamed up with Red Bull for “Dizzyland, a showcase described as “a melting pot of sorts for up-and-coming Queer and POC talent,” which also featured Junglepussy, Suzi Analogue, DJ Keezy, SHYBOI and Stones Throw artist, Sudan Archives.

HipHopDX took a trip out to Minnesota to sit down with the rising star sensation about the ride-or-die LGBTQ fanbase, why Minnesota is one of the more slept-on music cities in the U.S. and a particular verse from Snoop himself that continues to inspire her.

HipHopDX: As your buzz continues to grow and we watch Lizzo’s career shoot into the stratosphere would you say Minnesota is slept on as far as a music city?

Dizzy Fae: I definitely feel like Minneapolis is the city that is damn near, if not the most slept on, but the thing is if you talk to anyone they can all feel the energy, that something is creeping up. A lot of people will come here, they’ll get their sound and they’ll dip, but the key is we are the sound. I have a lot of faith in Minnesota. I’m kinda biased cause I’m from here but I’m not because we’re actually the shit.

HipHopDX: Tonight, among other things is a celebration of LGBTQ talent, the fanbase for which seems to be one of the more supportive groups an artist could ask for. Has that been your experience?

Dizzy Fae: I’ve noticed once you come into the [LGBTQ] community it’s nothing but support. I don’t know whether or not it’s the most supportive but you’re always gonna be supported you know what I’m saying? Once you’re in you’re in. They are gonna know all your words and shout that shit, and they’re gonna fuckin’ be them because they already know how to be themselves. It is a very strong community to be a part of.

HipHopDX: Rapping is only one component of your sound but who is really influencing you in the Hip Hop sphere?

Dizzy Fae: I think that one of the tightest rappers that’s always came clean is Missy Elliott: She’s always been playful, never taken herself too seriously and I enjoy that. I listen to a lot of Al Green and more smooth sound spheres. There’s not one person that wholly influences me. It might be something that someone does influences me or sparks something in the way I might do something similar, but there’s no one person as that as a whole I’m just in awe of.

HipHopDX: Okay, so if you could pick a specific verse, is there one that comes to mind?

Dizzy Fae: “Who Am I (What’s My Name?)” by Snoop Dogg. Every single time that song comes on, my best friend, McKinley and I are in each other’s eyes the entire time like “From the depths of the sea, back to the block/Snoop Doggy Dogg funk like the the the D.O.C. That’s my shit. You can put that on any time and that’s it, it’s a wrap. Snoop’s flow, that shit just hit. I’m just so into the playful, jumpy rap cause I feel like those are the most intelligent people. I’ve noticed, like Tierra Whack, I like how she jumps around and is really playful. There’s a huge intelligence between being a great rapper and being playful and that’s what Missy has done, Busta both of them, and their visuals are insane. That’s the type of shit that’s gonna keep us progressing in music in my opinion.

I’m also such a big fan of Nate Dogg RIP. I fucking love Nate Dogg. I especially love “Just Another Day” and [“Bag O’ Weed”]. “I’ll bring the bag O’ weed. You can bring the bottle of wine/Call me whenever we can get together and have us a real good time. It’s still morning, I’m still yawning. Outside my window someone’s calling.” I think life is a collaboration so if I like one thing someone does I’m like ‘we could really collaborate.’ It doesn’t take much for me to feel like we can make something beautiful out of anything.

HipHopDX: Today there are more options for artists as far as how much they want to do grass roots versus having the label handle their career? You seem to like being more hands-on with your brand.

Dizzy Fae: It’s just something that has been. I’ve been having to just do me period. And wherever I’m Finna go it will be doing me while I’m going there. My music comes first so when I go into the studio it’s more guided and then I base the other stuff around that. I might go into the studio and make ten songs that are completely different from each other and we might just have a mixtape but if I make some that are like “I really like these few” we might have a fucking album. I can only think so far but I’m definitely in the longevity game.