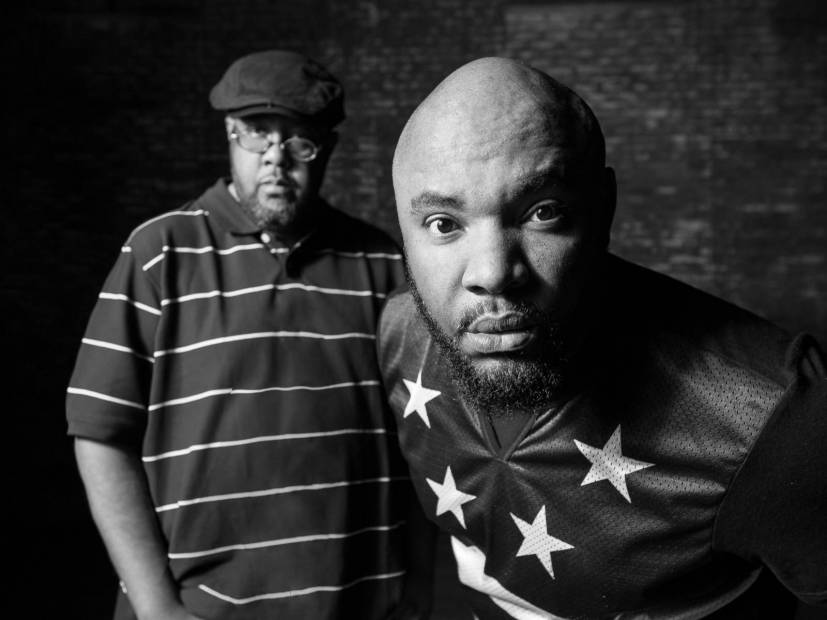 Gift Of Gab and Chief Xcel — collectively known as Blackalicious — have been on an extensive tour in support of Imani Vol. I.

At the same time, they’ve been celebrating the 20th anniversary of their debut album NIA, which dropped on August 30, 1999 via Quannum Projects.

As the tenured Bay Area duo puts the finishing touches on Imani Vol. 2, they had a few moments to chop it up about the power of music, Gab’s “Freedom Form Flowing” video and X’s favorite lyrics from Mos Def’s 1999 classic Black On Both Sides.

HipHopDX: Your words have the potential to help a lot of people. Is that kind of the biggest reward of doing music in a sense? “Passion” from Blazin’ Arrow, for example, is super motivating.

Gab: I think that’s what music is for. I think music should motivate. I get motivated by songs. I hear a certain song and I’ll feel a certain way and get a certain motivation by it. I’ve always admired even the lyricists like that. So I always knew the type of lyricist that I wanted to be and it feels great to hear people come and say that what we we put out actually touched their lives. That’s better than being No. 1 or Top 10 on the chart.

X: It reinforces your sense of purpose. For me, it’s just kind of the way I’m wired. If I’m doing something it has to be for a reason. So the fact that you do something and it touches people basically means you’re creating something that hopefully is going to stand the test of time. That’s always been the objective — to make these things to where it’s kind of like if they were put in a time capsule, it’s like, “OK, this was important and this record was important and this is why.” But at the end of the day, only the people and only the listener can really tell you why it was important because it touched them.”

HipHopDX: Mission accomplished. So far, so good. Gab, I want to talk to you a little bit about “Freedom Form Flowing,“ which has amassed over 7 million views on YouTube. How does that feel to be so far into your career and have a hit like that?

Gab: Yeah, it’s been great. Shout out to R.A. The Rugged Man and A-F-R-O, who also had huge buzzes at that time. It was really good to do a song with three lyrical dudes. For me, it was very good to see that people still wanted to hear something that was innovative on a lyrical level. The feedback that we got really gave me hope. There are people out there that still want to listen to good lyricism, you know? Me and X got a lot more stuff we’re cooking up for the future.

HipHopDX: DJ Premier just came out with a Gang Starr song with unreleased Guru lyrics. It made me wonder if history is about to repeat itself and we’re actually getting back to that golden era style Hip Hop.

X: I agree with that. Mos Def had a line on Black On Both Sides, something like, “the Hip Hop is us. We are Hip Hop.” As long as there are people that are living and breathing that have grown up through the different eras of this art form, the art form is going to continue. It’s a continuum. People come onto the continuum at various points in time. Case in point, my son is 13. His view on rap is completely different than mine.

My son’s favorite rapper right now is J. Cole and some of his Top 5 MCs are Gab and Lateef [The Truthspeaker].That’s dope to me. That’s where he connects and that’s where he enters this continuum. It just kind of goes on.

X: Yeah. My 11-year-old daughter, too. She sings, write songs, plays lead guitar and has her own five-piece band and knows Hip Hop even more than her brother.

X: She doesn’t really have a favorite right now. She really likes you [speaking to Gab] because she likes what you do. Her ability to memorize lyrics and memorize rhyme patterns to me it’s just phenomenal.

HipHopDX: 9th Wonder’s 11-year-old daughter produces beats. She did one for Murs’ new album [The Illiad Is Dead and the Odyssey Is Over.]

X: We got to get her and my daughter together then (laughs).