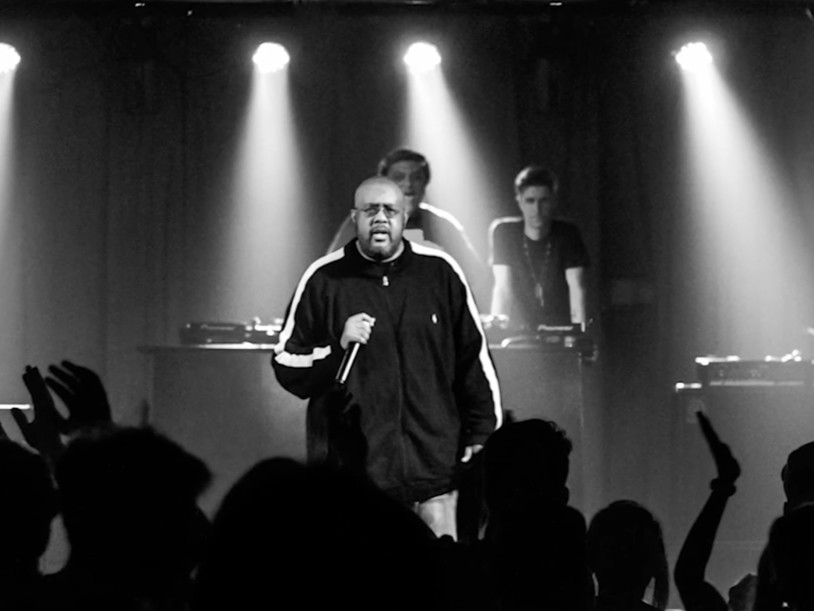 Bay Area Hip Hop vet Gift of Gab, who is one half of esteemed duo Blackalicious, has announced an upcoming solo EP titled Rejoice! Rappers Are Rapping Again!, an obvious ‘hallelujah’ to the art of carefully crafted lyricism, something he’s always demonstrated throughout his decades-long career.

“The new batch of songs I’m working on is all about lyricism for heads who love it,” Gab tells DX. “I’m in a place in my career right now where I’m hearing a lot of talk that Hip Hop isn’t as lyrical as it once was. I come from the school of Rakim, Big Daddy Kane and rappers that are really intensely rhyming. With this new slew of music I am doing, it’s almost like I’m rhyming for other rappers.

“I heard Black Thought make a statement about that a while back, so I decided to go in that direction,” he continues. “The music is not literally for other rappers only, but people who are really into the art of rhyming will appreciate it. That’s just where I am as a writer and an MC. This is where my mind is and I should say it.”

In anticipation of the EP’s April 2017 release, Gab has shared a snippet of “It’s Just Practice,” one of his first creations of 2017. Although the song is not featured on the forthcoming project, “It’s Just Practice” comes as a free download once fans go to the website and sign up for the newsletter. Rejoice! Rappers Are Rapping Again! will set in motion a string of exciting musical events that will propel him towards 2018 and beyond. Check out a snippet of the song below and cop it here.