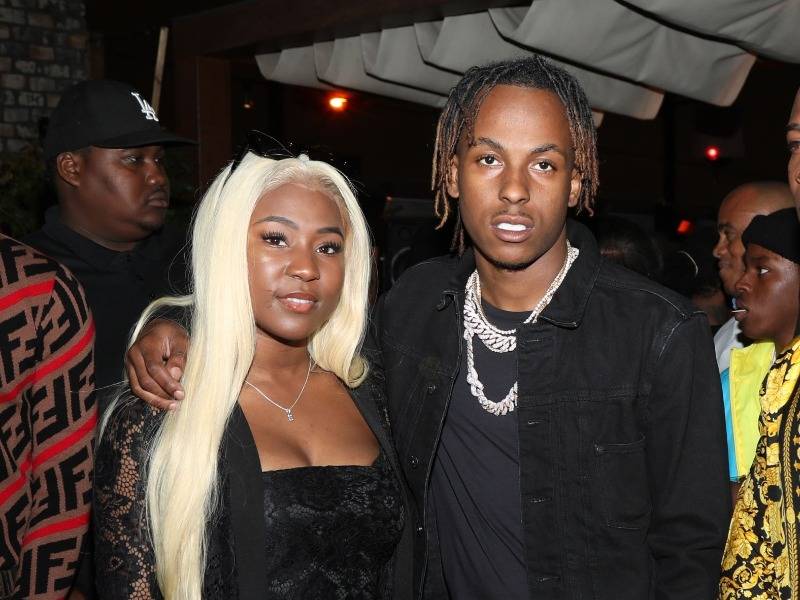 The Houston native’s musical buzz came about after dropping single U Mad in 2019 under Rich Forever, featuring Rich The Kid. Since then, Airi has gone on to tour with Rich Forever Music on The World Is Yours tour which hit 22 cities across the country.

With her recent single No Permission featuring YK Osiris making waves, Airi and HipHopDX conversed about her journey into the limelight.

HipHopDX: I know from watching you on YouTube that singing is something that you’ve always done, when did you decide to take it seriously as a career?

Airi: It was about a year and a half ago when a former “YouTuber” had made a song and I was singing around the house already and thought… why don’t I just do a remix to it because I love re-writing things and I really love to sing so why not? I just went ahead and put the song out and loved all of the reactions I got, I couldn’t believe it…so I said let me try this out for real.

HipHopDX: How have you adjusted from being a YouTube star to actual music artist that people are beginning to know about and love?

Airi: Um it’s been a hard adjustment but it’s been very informative and it’s definitely hard to put out YouTube videos as well as spend time in the studio and it give it all of your attention. But it’s definitely been worthwhile.

HipHopDX: How did you team up with Rich in the first place?

Airi: We actually came in contact with each other after he made a post on Instagram that he was looking for a new artist for his label. Coincidentally, I had just dropped that remix I was telling you about and my supporters flooded his social media and told him to listen to me. He DM’d me and I sent him the song, next thing I know he flew me out the following week. We talked for months after that and I showed him more songs of mine…we were vibing. Ever since then it’s been history.

HipHopDX: As the first and only lady of Rich Forever Music, how are you solidifying your spot?

Airi: I’m mainly trying to perfect my craft and also lead a path for those after me. I’m trying to stay focused and learning new things taking criticism as it comes. I’m communicating more if I need help or not sure about stuff. I’m not stopping at all because its so much to be done and I can learn a lot from those before me. I want to keep pushing to the ultimate goal which is leaving a mark for the young ladies and men coming behind me.

HipHopDX: I was listening to the compilation album Rich Forever 4, and heard the song “Tell Me” that you did with 83 Babies, when can we expect a solo project from you?

Airi: You can definitely expect a solo project soon, I don’t actually have a date for you but I am planning an EP which will have features, but I will tell you more when I have the dates ready. There are definitely more projects in the works before the year is over.

HipHopDX: Speaking of more music, you just dropped “No Permission” featuring YK Osiris…tell me about that feature and how it happened.

Airi: My team was playing some unreleased music, and I heard a song and I loved the sound. Rich heard me saying that and was like I want you to do a song with him (YK Osiris). He set up the studio time and we went from there. Rich made it happen.

HipHopDX: Are there any other artists that you want to work with?

HipHopDX: I love them all. Do you have any shows coming up or things we should look forward to?

Airi: Just more music! Whenever I have more shows coming up I will be sure to let HipHopDX know.

Rich The Kids joins the conversation.

HipHopDX: Choosing Airi as the first lady of Rich Forever, how are you making sure that she equally gets her shine among the other label members?

Rich The Kid: She’s going to shine of course. She just dropped her new single, she has video shoots coming, and she was out at fashion week… so I’m making sure that she is doing a lot of the same things as everyone else on the label.

HipHopDX: You’ve had a successful Summer from touring with all of your artists like Yung Bino, 83 Babies, Airi, and Jay Critch, what’s next in the pipeline for these artists?

Rich The Kid: 83 Babies is dropping their project ‘Big 3,’ Jay Critch working on his album now and it should be out the top of next year, Bino project is pretty much done, so we’re coming for next year! I’ll probably drop a project this year too.

HipHopDX: I know all of your artists are pretty busy but is there a Rich Forever Music tour in the works soon?

Rich The Kid: There will definitely be a Rich Forever Music tour, can’t put an exact date on it right now, but soon.

HipHopDX: That’s something to look forward to. Off the success of the Rich Forever 4 compilation album, do you plan on having another compilation album like that or would you rather focus on each individual artists right now?

Rich The Kid: I want to make another one but it will be 10 times better than the last one.

HipHopDX: How does it feel to see all of your artists having such great success?

Rich The Kid: It’s a great feeling to be able to share my blessing with other people, we getting money, we’re happy and everything is great.